×
Home / Dog Behaviour / This singing dog has impressed everyone, including Simon Cowell, on America’s Got Talent

This singing dog has impressed everyone, including Simon Cowell, on America’s Got Talent

The three-year-old golden retriever sang on key and received a standing ovation from Cowell, one of the judges.

Dogs are amazing creatures and it was already hard enough not to fall instantly in love with every golden retriever on the planet. But Oscar, a three-year-old golden retriever, may have just made it impossible. Because Oscar is a dog who can sing.

Oscar was brought on to the talent show America’s Got Talent by his owner Pam Baker. Baker revealed to the judges before their performance that Oscar began singing a year and a half ago. “When I play the piano he can sing,” said Pam. “He can hold a note, he can even do a vibrato and everything.” 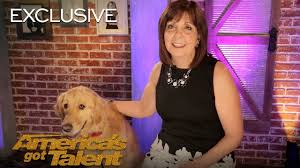 Simon Cowell, who is notorious as the toughest and most critical of all the judges on the show was decidedly sceptical about Oscar’s talent, but said a dog that could sing “would be everything to me”. So when Baker sat down to play Johan Pachelbel’s Canon in D Major on the piano, and Oscar sang along perfectly in key, Cowell was compelled to give the performance a standing ovation. He was probably just as stunned with the dog’s abilities as the rest of us.

Lucky for everyone, this wasn’t the last time we saw Oscar – he actually made it to the next round, and people on social media are definitely rooting for him.