My kitten went missing in August. She is spayed, fully inoculated and micro chipped, was up to date with worm and flea treated. Was happy & healthy and last checked at my vets a week before she disappeared.

I put posters up, alerted the micro chip company and put her on dogslost site and on several lost pets sites on Facebook. I searched for her every evening for weeks and weeks and attended houses to check stray cat that matched her description. I drove street after street looking for deceased cats. My children miss her terribly still & often talk about her.

At the end of December I got a voicemail while at work from a vets in Harlow to say my cat had been bought in. I saw the voicemail 45mins after it was left for me & i rang the vets back as soon as i heard it. They said a man had bought her in to have her jabbed & that as i didnt answer my phone they allowed her to go home with the man who bought her in as they do not retain pets as they dont have space. Both the vets and myself have asked him to return her to my family but he refuses to give our cat back to us claiming that he has had her since August, that his daughter has adopted her and that she is settled in his house. He has kept her as a house cat this whole time! He says he felt it was unlikely she was owned & that she is better off staying with them as she is settled now.

I am so happy to know she is alive and well but am also devastated that a fellow cat owner can and is doing this to us. He has four other cats and says that I am selfish for wanting her back as she may not remember us. I say he is selfish for not having her scanned for a chip and reuniting her with us back to a home she knew but instead he locked her in his house which was unknown to her at the time. He claims to have put a one line ad on a Harlow lost pet facebook group. But I cannot find it. I answered all ads that could possibly have been her. I do not believe he tried to find us atall as he wanted to keep her.

I have reported him to the Hertfordshire Police who have been extremely unhelpful. They have decided it is a civil matter as there is no proof he stole her and they are satisfied he tried every reasonable attempt to reunite us. I disagree. I believe it is either theft or theft by finding as it really could not be simpler to reunite a chipped pet with its owner. I have appealed the decision made by the police & have put in a complaint as I am disgusted this decision was made. I have asked several times for Herts police to explain what evidence they have to prove he tried to reunit us & explain how this is not theft by finding. What is the pont of micro chipping otherwise?! Herts police say their decision stands & have given me no further explanation.

I have emailed my MP, rang RSPCA, CAB, my microchip company, local council, dog warden… all say to contact police.

The police crime ref is 41/328/19. I have told Herts police it is theft by finding. They say it went to panel & was decided by Detective Sgt Alcock that its a civil case and not theft of any kind. He says he is acting in the animals best interests & it will stress her to give her back as he has had her for 5 months now. He says i should be greatful to him! I have asked several times for them to explain how is is not theft by finding. They never do, they simply tell me the decision stands & its a civil dispute. I will contact them again though.

THEFT BY FINDING: The finder of lost property acquires a possessory right by taking physical control of the property, but does not necessarily have ownership of the property. The finder must take reasonable steps to locate the owner.[1] If the finder shows that reasonable steps to find the owner have been taken then the finder may establish that the required mens rea for theft, the intention to deprive the owner permanently, is absent.[2]

Felix is microchipped and the Vet managed to contact Jessica immediately, so how come the finder didn’t? 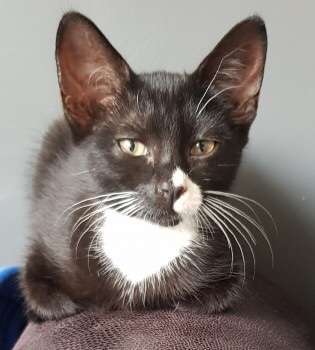 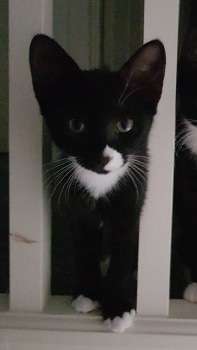