Dogs bring all sorts in after their walks; leaves and mud being the general things. Asha, a five-year-old golden retriever, gave her owner the shock of her life recently, bringing home an abandoned baby koala she’d saved. Asha’s owner Kerry McKinnon, 45 from Victoria in Australia, hadn’t even woken up yet when she had a call from her husband to come downstairs. She says, ‘I didn’t know what he was talking about at first but then I saw this tiny koala snuggled on top of Asha. ‘I just burst out laughing. Poor Asha didn’t know what to think, she just kept looking at me with such a confused look. 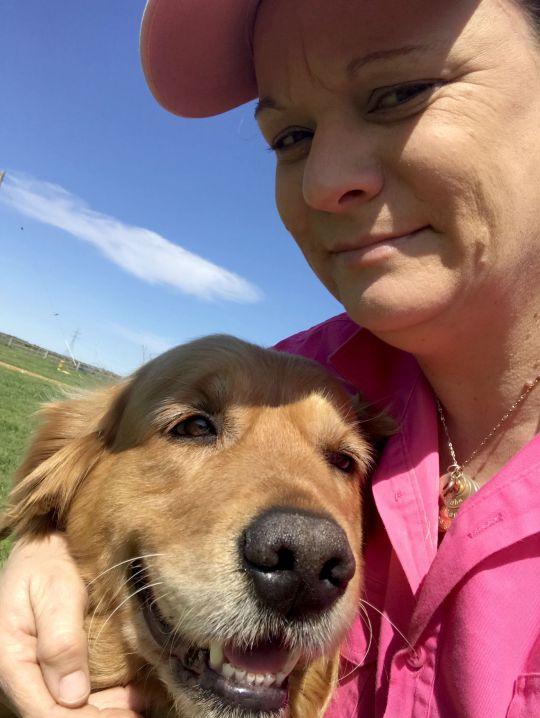 ‘She looked a bit guilty when I came out to see what was going on. Her expression was hilarious.’ While Asha had been out sleeping on the porch, it’s likely the marsupial – who had been abandoned from its mother – was looking for somewhere warm. Temperatures at night in the area can go below 5C, and Kerry says the koala ‘never would have made it through the night’ without Asha’s cosy fur to cuddle up in. It’s likely the joey fell out of its mum’s pouch, and due to the foxes or other predators in the area could’ve suffered a much worse fate without the goldie stepping in.

When Kerry tried to separate the new buddies, she says the koala put up a ‘huge fuss’ and didn’t want to leave her new safe haven. She says, ‘When we took the koala off to wrap it in a blanket, it hissed at me and carried on. ‘I think it would have been happy to have just slept there all day. It was really an amazing thing to see and so uniquely Australian’ The abandoned joey was checked over by a vet and is now being looked after by a local rehabilitation worker before it can be released again. Kerry posted the incident online and it garnered hundreds of likes and comments. Who knows if Asha and her Aussie sidekick will see each other again, but it’s lucky for the little koala that they had their original fateful meeting