Tess’s owner contact a FB group called Pippa’s army when her dog went missing…they advised her to put on the DogLost  database ( thank you)….then read how they helped…in owners words…

Tess ran into the lake chasing a swan at Chafford Gorge Nature Reserve on Sunday 15th April. She swam out to the other side which you cannot get to on foot. My brother(his dog) searched for hours but could not find her- assumed she struggled in the water

I posted  on Pippa’s army on Facebook at 6pm Sunday night  and was advised to put on DogLost…then  loads of Pippa’s army  members headed straight over there to look for her, taking towels, treats, torches etc..
One of the guys heard barking but couldn’t see her as by this time it was dark. My brother made his way back over there and they soon realised she was still stuck the other side of the lake. A member from Pippa’s army phoned the fire brigade and also arranged for someone with a boat to get down there! They had no intention of leaving her there, regardless of their own safety. At 11pm, after my brother started calling her while waiting for the boat to arrive, Tess swam back running straight to my brother! We were all so overwhelmed with the help they gave us and giving up their time and 11 o clock at night!
This is a pic Dee from Pippa’s army took as Tess was reunited with owner. 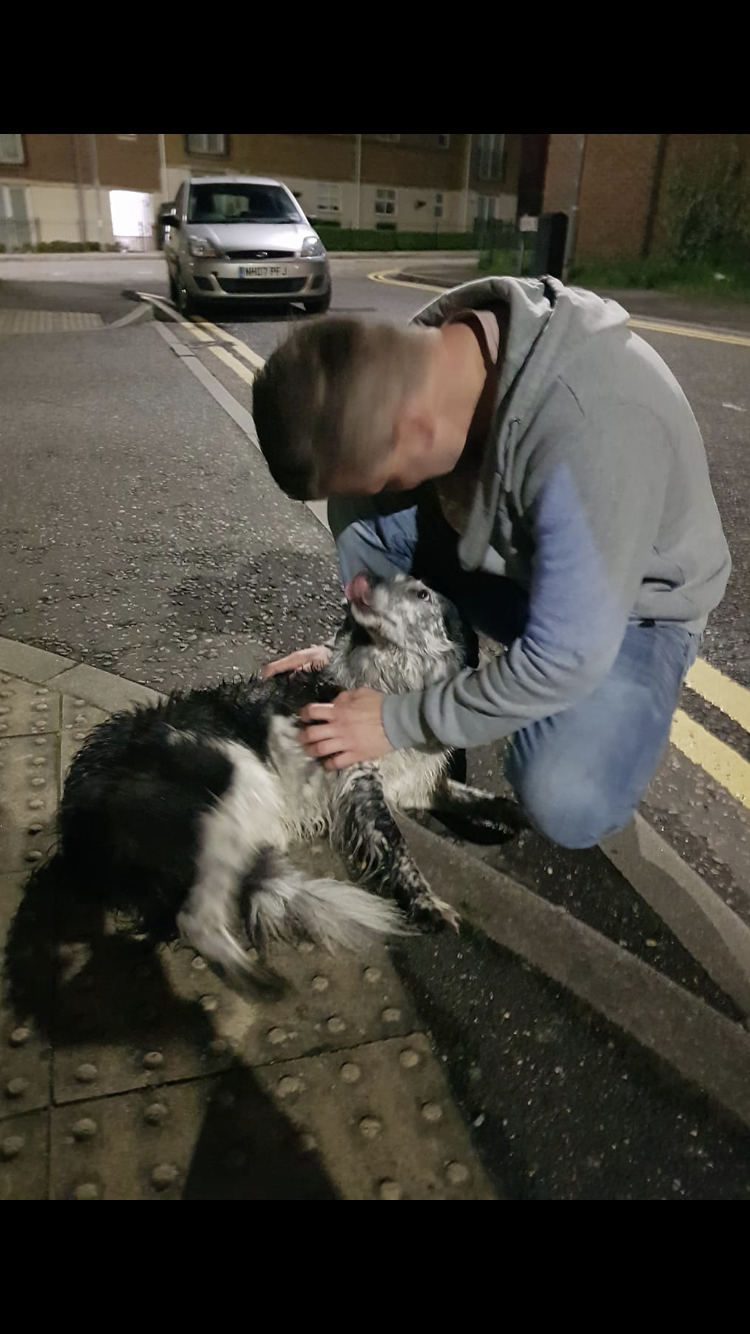