WARNING: THIS ARTICLE INCLUDES IMAGES SOME READERS MAY FIND DISTURBING

Dogs who are strayed, abandoned, or lost usually live in miserable conditions. Unfortunately, not all dogs are lucky enough to be rescued or adopted. That being the case, stories of these canines being brought back from the brink of death would come as heartening.

On Dec. 23, 2017, just a couple of days before Christmas, an animal rescuer named “Pia” visited her friend in Buenos Aires, Argentina, and was told that a stray dog was spotted running about near her home. Pia’s friend was unable to catch the dog and requested Pia’s help. 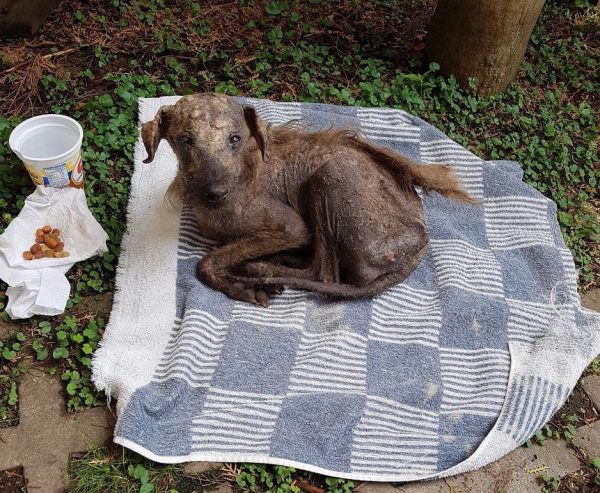 After running around the neighborhood, Pia found the dog lying next to a house and was appalled to see the condition he was in; his eyes looked dull, and his skeletal, bony body was covered in sores—the male dog looked like he had almost given up on life.

“I cried because I could not believe that no one had helped him,” Pia told The Dodo.

She then placed him in a cage and took him to a vet as she was under the impression that he wouldn’t make it through the night.

The veterinarian told Pia that the dog stood a chance of survival if he could make it through the Christmas weekend. The vet also told her that she would need to care for the dog round the clock.

Pia knew that she had to focus her attention solely on the dog if he were to make it through.

“I dropped everything to make sure that he would be okay,” she said. 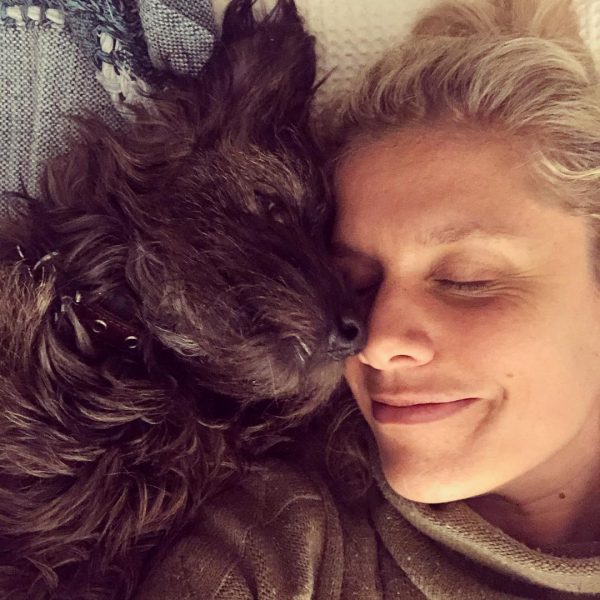 Despite her best efforts, the canine refused to eat anything during the first two days and continued to lose weight. She gave him water every three hours to ensure that he was hydrated and was always by his side encouraging him.

To say that the situation was grim during the next 48 hours would be an understatement.

“On two occasions, I thought he was going to die because he really wasn’t looking good,” she said.

But to Pia’s utter surprise, the dog continued fighting—this inspired Pia to name the dog “Hercules.” As days passed, Hercules got better and proved that he was much tougher than he had looked.

As he recovered, Pia would lift him up and encourage him to walk. One day, he suddenly stood up and started walking on his own. Though he barely managed a few steps, they were the signs of recovery that Pia had hoped for. 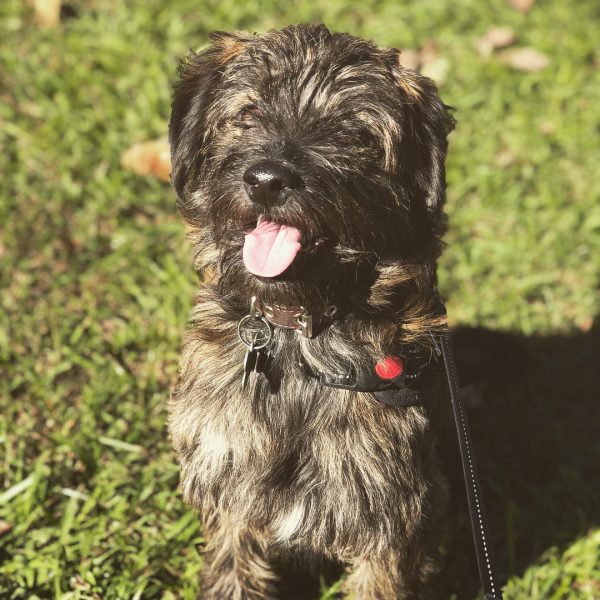 Eventually, she would see Hercules not only walk but also run. As Hercules recovered more, he regained his strength, his body grew, and his fur started to grow back.

Initially, Pia planned to put Hercules up for adoption after he regained his full health. But as the bond between Pia and Hercules grew, she could not let him go.

To have a pet like Hercules is a matter of pride for Pia as he had shown an indomitable will to survive. After all those restless nights the duo spent together, Pia and Hercules can look forward to days filled with joy and life. 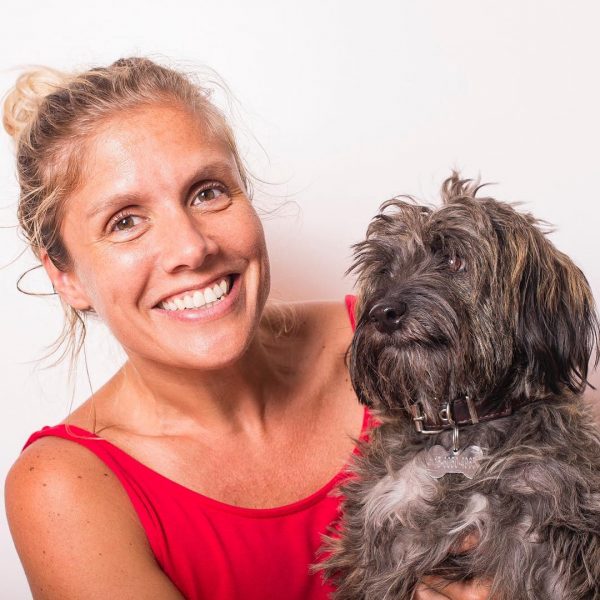