A stray dog has made it to the top of a 24,000-ft Himalayan mountain. The dog called Mera made it to the top of the Baruntse in Nepal without needing any help and was still full of energy, ‘running around’ once she had made it. Mera spent three weeks climbing to the summit with expedition leader Dan Wargowsky, from Seattle, the BBC reported. 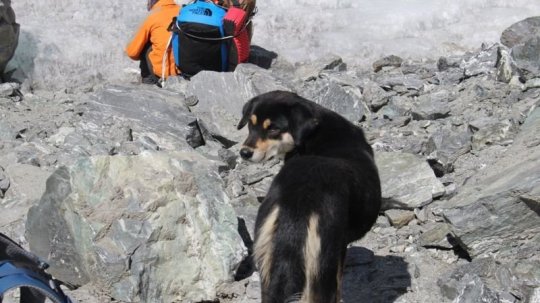 The guides who accompanied Mr Wargowsky said they had ‘never seen anything like it before’.

The Himalayas have some of the highest mountains in the world. The biggest mountain is Everest. Mr Wargowsky, who has blogged about the journey, and his team were climbing to the summit of the Baruntse mountain in Nepal, they were stunned to discover that a stray dog had started following them from about 17,000 feet up. 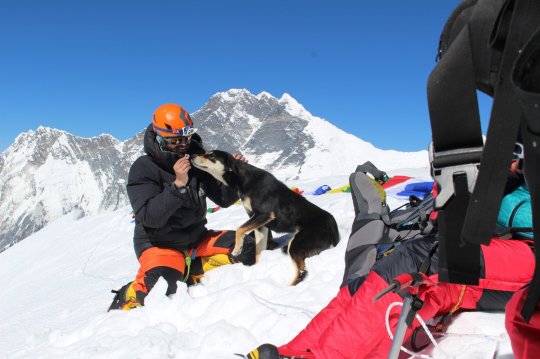 The dog was named Mera by Mr Wargowsky because they had just been to the top of a mountain with that name. The two are reported to have become inseparable after that and Mera even stayed in Mr Wargowsky’s tent at night to stay warm. The experienced climbers said they had never seen a dog reach the summit before. Upon making it back down the mountain safely, Mera was adopted by the expedition base camp manager.