“I had a long conversation with Pugsley’s mum last night; she thinks he escaped from those that had stolen and kept him.

Her little ‘Houdini’ was always getting out of his Halti, so perhaps he just wanted to go home!!

He was found at 6.30pm walking alongside the canal; the opposite side to where he normally walked. Finders called the Dog Warden who collected, scanned and called Barbara, Pugsley’s mum.

20 minutes later they were reunited . . . Tears of happiness.

Pugsley  hasn’t let her out of his sight today, he’s a little subdued, a bit plumper, but otherwise seems to have been looked after.”

We don’t know whether this is the case or whether he was made too hot to handle with newspaper coverage, the constant postering in the area (with people taking them down as fast as they were being put up) or the daily Social Media posts and other publications.

Whichever way it happened we are just so happy that this little boy is now with his family for Christmas. As Barbara, his owner, said “Its the best Christmas present ever!” 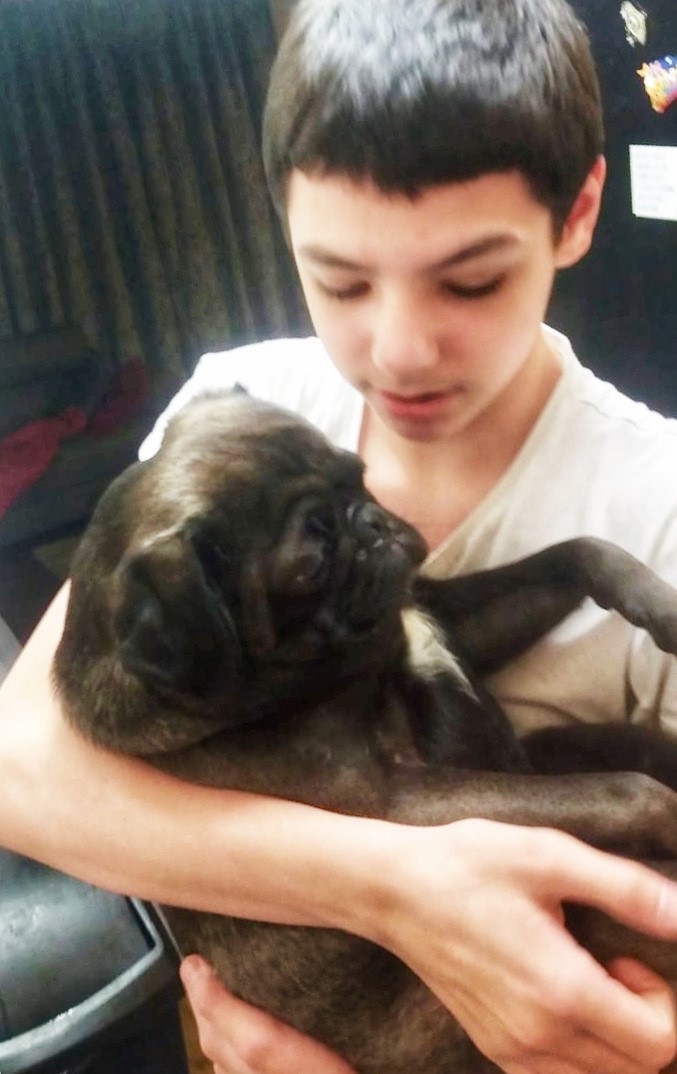