A Liverpool fan returned home from watching the Champions League final to find someone had stolen her French Bulldog and its EIGHT pups.

Lauren Russell, from Prescot, returned home in the early hours of Sunday morning to find her house ransacked and her back door on Edward Road was wide open.

The 27-year-old said she began to panic when realising the dogs were gone and started to walk the streets searching high and low for her beloved pets.

The mum-of-two said whoever took the 13 week old pups and the mother also turned her bedroom upside down looking for the dog’s documents.

Lauren has issued several social media appeals for the safe return of her dogs since, but to no avail. 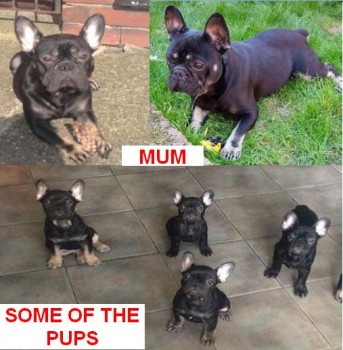