Arthur was stolen from his owners van in Kingston Baqpuize, Southmoor, Oxfordshire (OX13) on Wednesday 28th November. His owner was working at the property and Arthur was temporarily in the van to keep him safe.  Arthur works with his dad through the week and at weekends they go on adventures, they are very close

Arthur’s owner along with friends and family sprang in to action to spread the word that Arthur had been stolen, Arthur was reported stolen to Thames Valley Police and registered on Doglost

The Doglost Oxfordshire team got in contact with Arthur’s owner to give advice and helped set up Facebook & Twitter to help spread the word further about Arthur, the followers were incredible sharing and retweeting whilst Arthurs owner was out postering and following up leads

A false alarm on Monday morning when a dog matching Arthur’s description was found in Newark the previous evening, after a gruelling few hours the finder confirmed that the dog had been reunited the previous evening but they hadn’t updated the posts on social media

Facebook and Twitter followers, led by friends and family of Arthur’s owner continued to share & retweet, in the hope that Arthur would become too recognisable and be returned to his owner who was missing him terribly

On Wednesday morning, a week after Arthur was stolen, came the news that everyone had been hoping to hear, Arthur had been left straying in Milton Keynes the previous evening and had been taken to the local holding kennels by the local dog warden.  He was instantly recognised by the staff there who had their own wait as Arthurs owner was out of phone reach for a couple of hours!

Finally Arthur’s dad could take him back home, with big thanks to all of the Facebook & Twitter followers who really went all out to make Arthur well known & get him back home, thanks also to Thames Valley Police, Doglost Oxfordshire, Milton Keynes Dog Warden & Forest Lodge Kennels 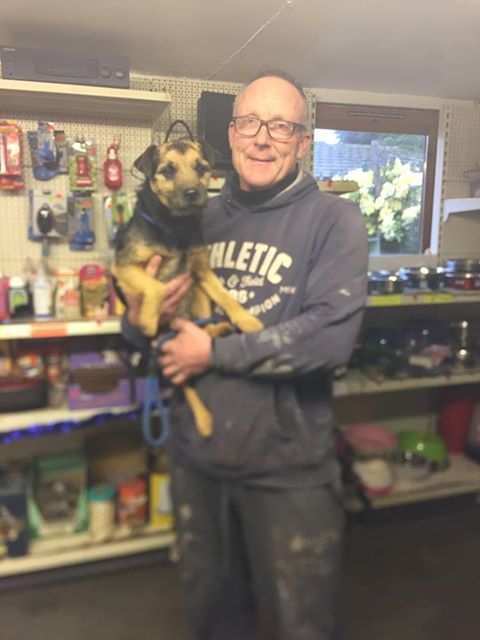