Sorry, but your dog just isn’t that clever

We all like to think our pets are the smartest; when they open the door themselves or learn how to shake your hand. However, new research shows that our precious pooches actually aren’t as clever as we believe. The University of Exeter studied various intelligence markers in animals, with dogs coming out relatively middle of the road. While looking at over 300 papers on animal behaviour, dogs were compared to wolves, bears, lions, hyenas, as well as household pets and farm animals. Researchers noted that dogs can’t recognise themselves in a mirror, and also are just as able to follow human pointing as goats, pigs, dolphins, and seals. Pigs, pigeons, and chimpanzees are able to remember the location and timing of events, something which pups are unfortunately unable to do. There were also various other tasks looked at in the journal of Learning & Behaviour, such as releasing food with a string and being able to recognise human faces. 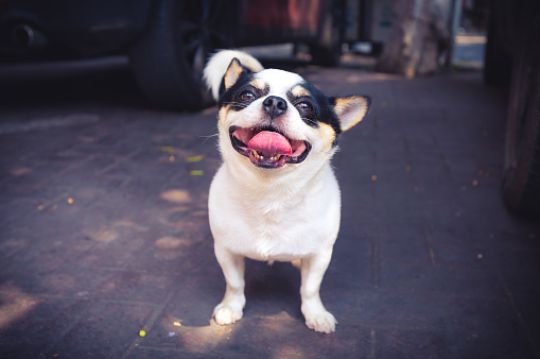 The overall conclusion was that dogs are no smarter than pigs, sheep, or pigeons. Sorry, fido! University of Exeter professor Stephen Lea said, ‘During our work it seemed to us that many studies in dog cognition research set out to ‘prove’ how clever dogs are. ‘They are often compared to chimpanzees and whenever dogs ‘win’, this gets added to their reputation as something exceptional. ‘Yet in each and every case we found other valid comparison species that do at least as well as dogs do in those tasks.’ It might be because we spend so much time with our pets, and that we want to believe they’re the best thing in the world. But, actually knowing they’re not the genii we hope is good for them, as it means we can readjust how we help them learn and what we expect of them. Basically, when you’re trying to teach them how to roll over, be aware they’re not humans and are trying their best to understand. Oh, and give them plenty of treats as motivation