Sony unveils ‘first litter edition’ of its Aibo robot dog – but the AI canine will set you back $2,900 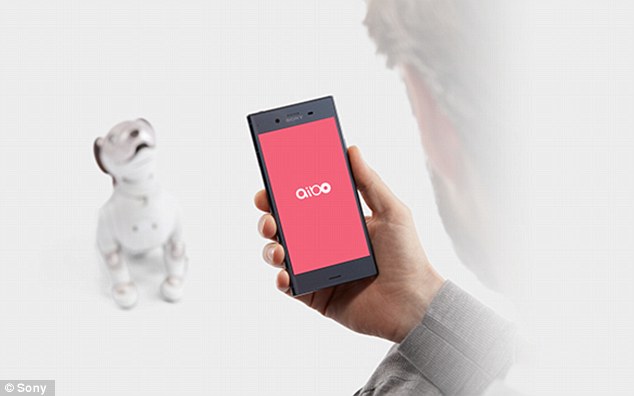 Sony’s new-and-improved Aibo robot dog is finally coming to the US.

The Japanese tech giant said Thursday a special ‘First Litter Edition’ will go on sale in September and packs more smarts than previous iterations, like the ability to learn custom tricks, map and navigate a room with ease and learn up to 100 faces.

It all comes at a hefty cost, however, with a price tag of $2,899 for a bundle that includes Aibo, a charging station, paw pads, a pink ball, an ‘aibone’ and three years of access to the Aibo cloud app.

Aibo is billed as a pet that behaves like a puppy using artificial intelligence (AI) to learn and interact with its owner and surroundings.

With sensing and AI technologies, Aibo can run toward its owner and detect smiles and words of praise, and can remember what actions please the owner.

Its eyes are made of organic light emitting diode (OLED) displays making it capable of diverse expressions.

The robot comes with an array of sensors, cameras and microphones and boasts internet connectivity, allowing owners to play with the pet remotely via smartphone.