The leader of the famous Iditarod sled dog race had to drop out when his dogs refused to run anymore. Nicholas Petit had been favourite to win the 1,000-mile race across Alaska, but his dogs went on strike when he shouted at one of them. ‘I yelled at Joee. And everybody heard Daddy yelling. It doesn’t happen. And then they wouldn’t go anymore. Anywhere. So we camped here,’ he said in an official race interview on Monday morning.

Despite trying to coax his dogs into racing again, they ended up stuck on a section of sea ice in the Bering Sea, around 200 miles from the finish line. 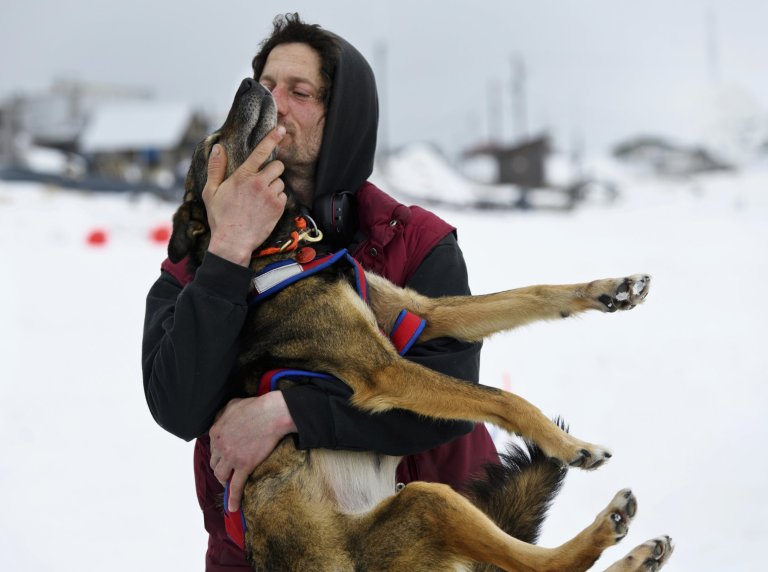 The dogs refused to move, and Nicholas, who came second last year, ultimately had them taken off the trail by snowmobile. The troubles started when a dog named Joee jumped on a younger dog, Nicholas said. They responded badly to him telling them off. He said his dogs are well-fed, and there’s no medical issue keeping them from getting up and running. ‘It’s just a head thing,’ he said before quitting the race. ‘We’ll see if one of these dog teams coming by will wake them up at all.’ 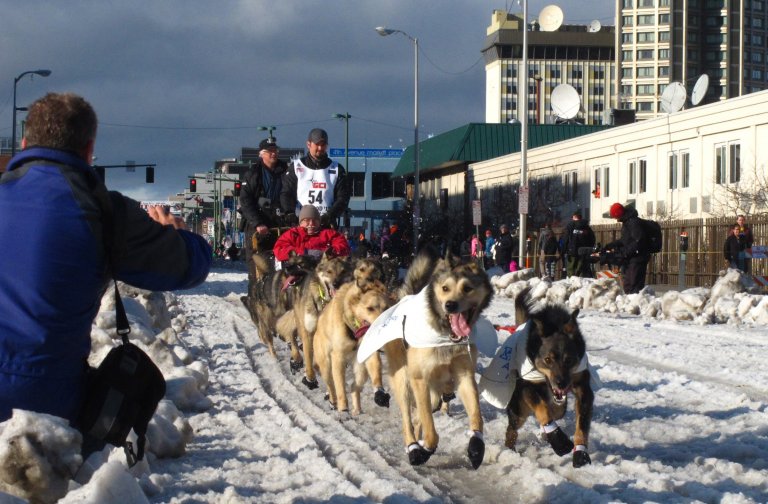 People for the Ethical Treatment of Animals took issue, saying: ‘It’s not the dogs who need to have their heads examined — it’s anyone who supports this merciless race. ‘Illness, injury, or fatigue likely prompted Nicolas Petit to drop four dogs from his team, forcing the remaining 10 to work even harder before they gave up altogether, which he blamed on ‘just a head thing.’ ‘Petit scratched in the best interest of his race team’s mental well-being,’ said a statement released by Iditarod race managers. The Iditarod is one of the most famous races in the world, with 52 mushers (dog racers) starting in Anchorage and aiming to finish in Nome. The winner will take home about $50,000 and a new truck, part of a total race purse of $500,000. The winner is expected in Nome sometime early Wednesday.