Six French bulldog puppies stolen from a house in Rochdale were taken at gunpoint.

The dogs – Don, Django, Brutus, Scarface, Savage and Queenie – were taken from a home in Rochdale, north Manchester.

After a police appeal the pups, which can sell for up to £2,000 each, were found less than 24 hours later.

But now it has emerged the five-strong gang which carried out the terrifying raid were armed with a handgun.

The pups’ owner, French bulldog breeder Junior Obeng, was on holiday when the robbery took place, but in a statement released through his solicitor he told how his 20-year-old niece and her boyfriend were in the house at the time. 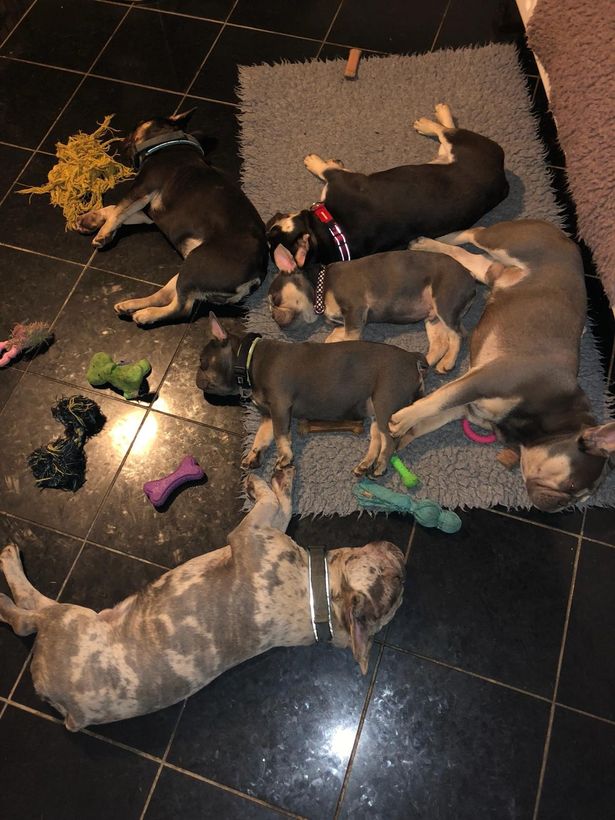 ll six dogs have now been returned home after being found in the West Midlands.

One of the pups, eight-month-old Don, was dumped on a motorway after being thrown from a car.

The statement said: “Whilst away on a break Mr Obeng was horrified to discover that his 20-year-old niece and her boyfriend, whom he had asked to look after his dogs in his absence, had been made subject to a devastating attack at his home.

“The dogs were stolen at gunpoint.

“The offenders were traced to the West Midlands area. One of the dogs, Don, aged eight months, was thrown from the offenders’ car on the motorway.