Gina our South West co-ordinator ( Poochpal) Had some lovely news on Sunday evening.  An over joyed owner of shadow rang with the great news shadow was home!

Despite owners and Gina searching the cliffs and getting the lifeboat guys to search as well…there had been no sightings.

On Sunday a couple came across Shadow  who had a broken leg and was painfully thin…they called the RSPCA and whilst they were waiting a person stopped to help…got out their phone and checked on the Doglost Dorset FB page and matched up with her owners.

He has a broken leg which has partially set and lost 10kg in weight but as his major organs are still working owners and vet are hoping for a full recovery.
Thorough searches were made by the coastguards and a drone pilot during the day’s following his dissapearance but as no sign of him it was assumed he had been picked up.
Shadow has come out of surgery, sticks stones and bones removed which would have killed him they have a go fund me for vet bills.
https://www.gofundme.com/f/2sb24-help-shadow/donate
Follow Shadows DogLost timeline here
https://doglost.co.uk/dog-blog.php?dogId=143523 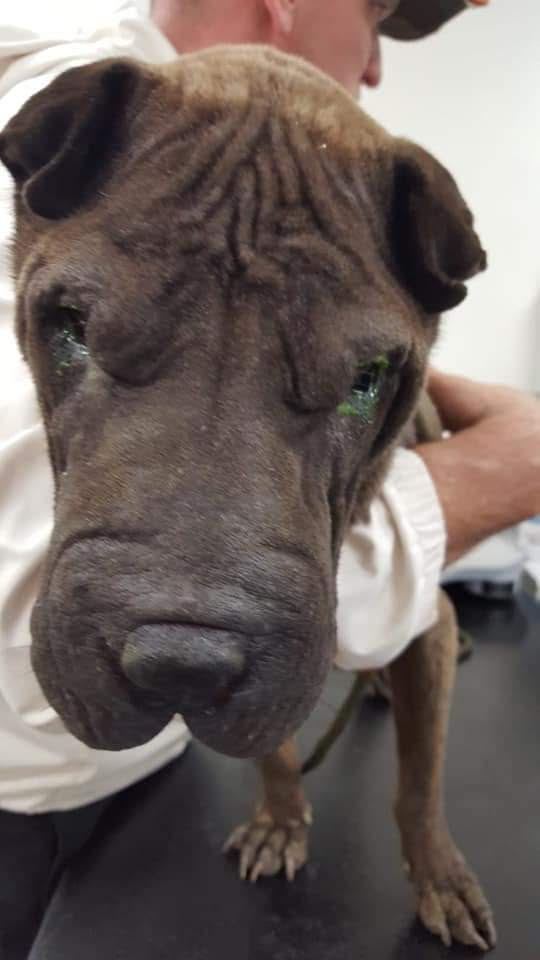 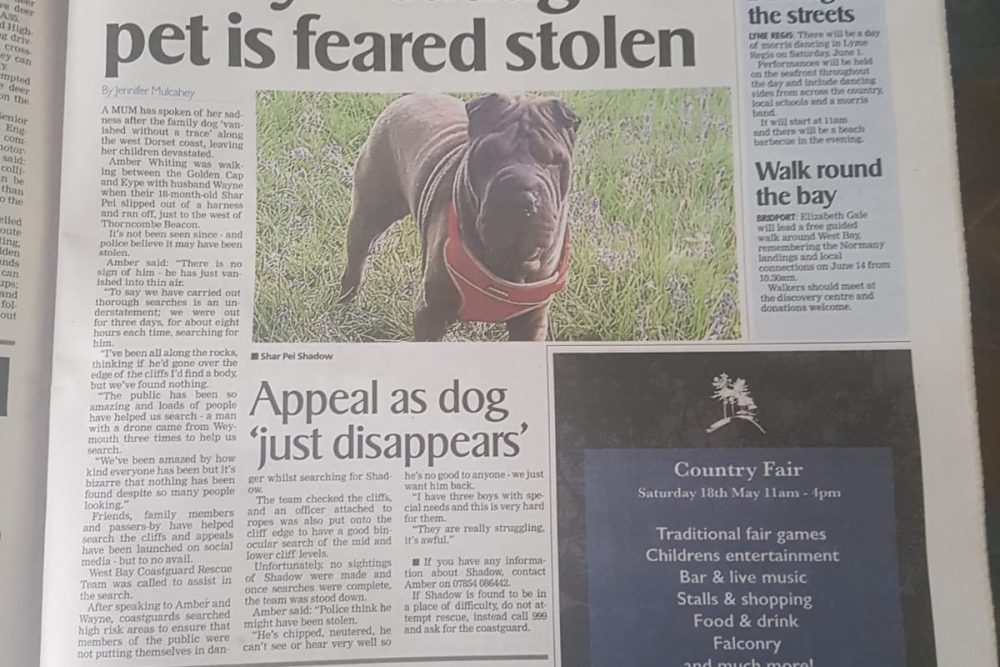