Shocking images captured the moment a severely distressed dog was discovered trapped in a hot car – where he had been locked for at least two hours. The disturbing pictures show the poor animal collapsed on the ground after being freed from the car as temperatures reached 29 degrees outside yesterday. A parking ticket on the car led those who discovered the dog to believe that it had been there for at least two hours.

According to witnesses, when the the owners did turn up they reportedly gave false information to the police and didn’t see what the issue was. Temperatures inside a locked car can soar to almost double in a matter of hours, and can be lethal for dogs. 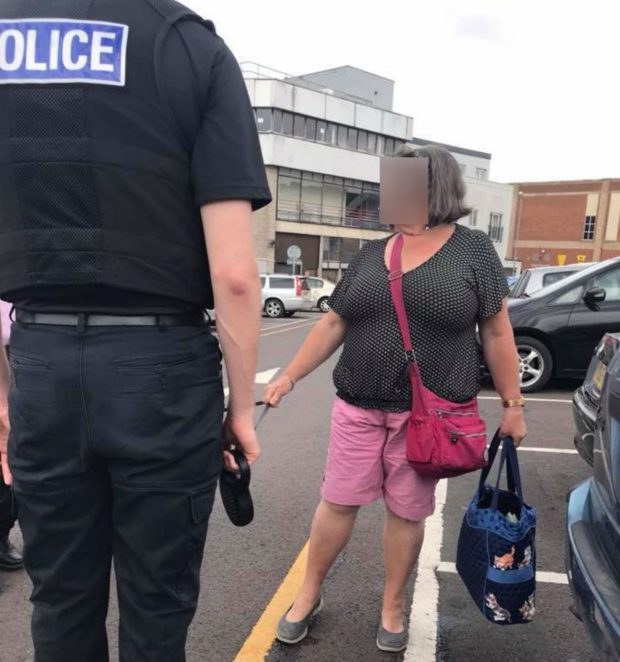 Samantha Claire Hardwidge stumbled upon the boiling husky in Swindon, Wiltshire, with a fellow colleague and shared the pictures online. She said: ‘Shout out to the owners of this car who felt it appropriate to leave their husky in their car. ‘The parking ticket shows them arriving at 10.47am. The dog was found by me and my colleague in a poor state at 12.35pm – with the parking ticket showing they could park until 1.46pm. ‘The police were called and removed the dog from the car. The owners arrived back at the car and proceeded to shout and swear that they didn’t see what the problem is.