Bertha was surrendered to a local animal shelter after her owner passed away. The 9-year-old Chihuahua suffered from a pretty severe seizure disorder, and also weighed 12 pounds — nearly two and a half times what she should have weighed. The shelter staff knew they couldn’t give Bertha the care she needed, so she was taken in by Muttville Senior Dog Rescue, which vowed to help the tiny, chubby dog get healthy again. 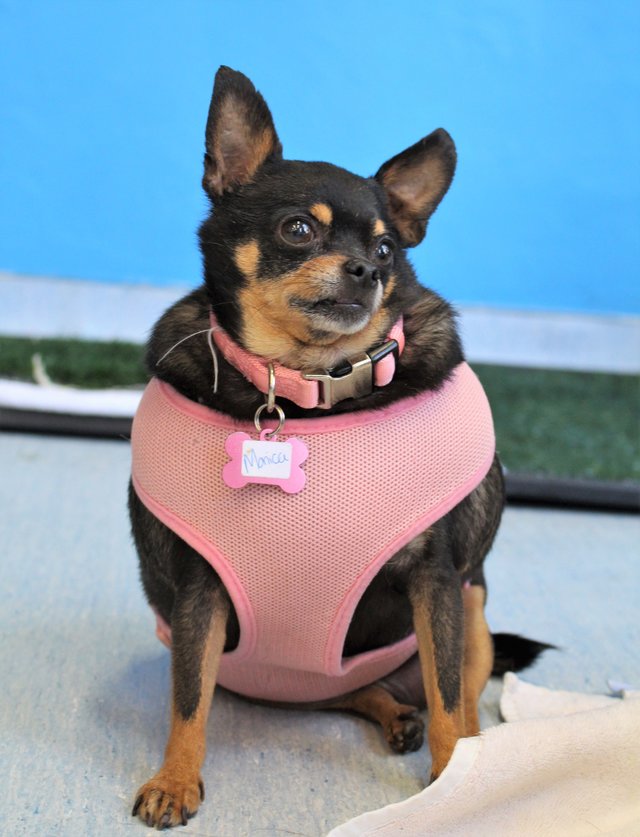 As soon as Bertha was settled into the rescue, staffers set about trying to help her lose weight, but they knew it wasn’t going to be easy at first. Poor Bertha was so round that going on walks was very difficult, and she needed to take constant breaks. The rescue posted about Bertha on its Instagram account multiple times, hoping to find her a family who would be willing to help her on her weight loss journey — and before long, the perfect person noticed her.

Allison Hackett saw Muttville’s posts about Bertha and quickly fell in love with her. She empathized with Bertha and her weight loss journey, as Hackett had fostered overweight dogs before and helped them reach their goal weights. After following Bertha’s journey for a little while, she eventually realized that Bertha was meant to be a member of her family.

“I thought she was so cute and she had the sweetest face and demeanor,” Hackett told The Dodo. “I wasn’t sure if I wanted to adopt a dog, but I kept going back to her page and looking at her on Instagram and I couldn’t get her out of my head! I knew how rewarding it can be to help a dog lose weight and see what a positive impact it can have on them.” 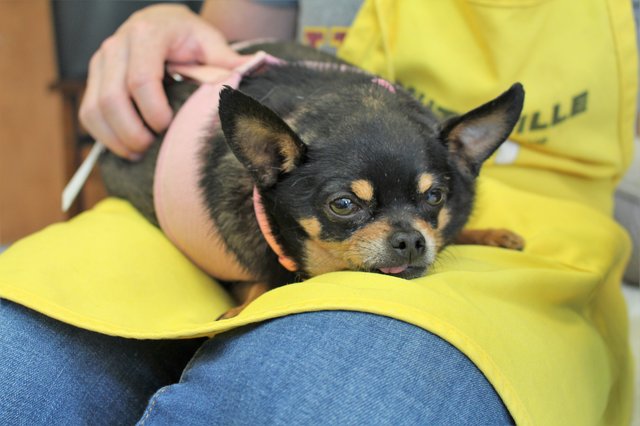 In late August, Hackett officially adopted Bertha into her family. By that point, Bertha had already lost a pound, but she still had a long way to go — at 10.6 pounds, her goal weight was around 5 pounds. Hackett wasn’t intimidated, though, and knew exactly what to do to help Bertha slim down and become a much healthier dog.

“Her weight loss journey has been very quick and easy, although if she could talk I’m sure she wouldn’t say the same,” Hackett said. “Basically she has been on restricted diet, eating a metabolic food, and moving around as much as possible. She gets carrots as treats, and chew treats here and there. Initially, a ton of weight came off right away, and the last few pounds have taken a little longer.” 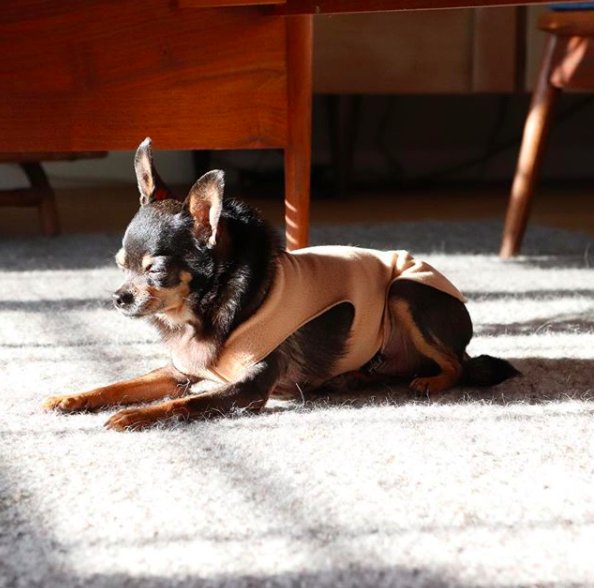 As of January 9, Bertha weighed 5.9 pounds — and her vet declared that she’s now officially at a healthy weight. The little dog now looks SO different from when she first arrived at the rescue months ago, and her personality is completely different too.

“She literally had no personality at all,” Hackett said. “She wouldn’t even wag her tail. As the weight has come off, and as we’ve decreased her seizure meds, she is a completely different dog. It’s night and day. She wags her tail, she jumps, she gets so excited about food that she runs in circles.”