Jubilant animal welfare campaigners are celebrating the astonishing victory of the Lucy’s Law campaign to end the horrors of puppy farming.

The Government announced that it will ban the sale of puppies by pet shops, online dealers and other third party sellers.

Environment Secretary Michael Gove heaped praise on the campaign which highlighted how these sellers rely on puppies supplied by callous commercial breeders who raise animals in horrendous conditions.

“We will eliminate puppy farming,” he declared in a speech at Number 10, Downing Street.

“We will make sure third party sales of kittens and puppies ends.

“Far too many of the pets that people, with the best will in the world, bring into their homes we know have been brought up in squalid circumstances, in circumstances of pain and suffering and misery which should never be inflicted on any living thing.

He singled out for praise Brighton vet Marc Abraham, the founder of Lucy’s Law, Pup Aid, Care And Respect Includes All Dogs (CARIAD), and Canine Action UK and told the Mirror: “Congratulations on your campaign”.

He added: “It’s been phenomenal having the support of Andrew Penman and the Daily Mirror keeping this issue in the news” 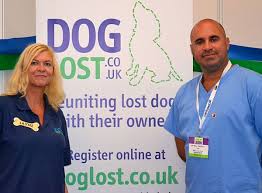 Photo of Marc Abrahams above.

An ecstatic Marc Abraham, said: “I’m delighted with the news that Lucy’s Law is finally going to happen.

“For years irresponsible breeders in the UK and abroad – puppy farmers – have always used third parties to keep themselves well-hidden from the buying public.

“Lucy’s Law is a tribute to Lucy and all the victims of the third party puppy trade; and I thank all my fellow campaigners, supporters, parliamentarians, celebrities and ethical animal welfare organisations for their help in protecting the future health and happiness of this country’s dogs and cats.”

A statement from the Department for Environment, Food and Rural Affairs detailed how the ban would mean that anyone wanting to buy or adopt a puppy or kitten must either deal directly with the breeder, or with an animal rehoming centre.

Celebrities at the event included Brian May, who said: “This is wonderful, all credit to Michael Gove for listening to the public and to Marc Abraham who has campaigned for this fearlessly”.

Thrilled Eamonn Holmes praised the MPs who united behind the campaign, saying: “I’m delighted it’s got cross party support, this is what politics should be about, fighting for the greater good.”

RACHEL RILEY AMONG THE CELEBS SUPPORTING CAMPAIGN FOR LUCY’S LAW

She lavished praise on Marc Abraham and the tens of thousands of members of the public who signed the Lucy’s Law petition.

“This is a victory for common sense and democracy – the biggest leap for animal welfare in our lifetime,” she said.

“It’s always been illogical that we licenced something so abhorrent.

“It was Marc who first saw this elegant and achievable goal of banning third party sales.

“Despite surprising hurdles, he never doubted, never gave up and it has been a huge honour to help amplify his message.

“Things are at last going to get better for our best friends.”

Linda Goodman of campaign group Care And Respect Includes All Dogs declared: “This is an enormous breakthrough for animal welfare.

“If people are insistent on buying a puppy – despite our rescue centres overflowing with beautiful, healthy, loving dogs they could adopt – then they will now have to physically go directly to a breeder and see what the health and disposition of the mother is like.”

Eileen Jones of the charity Friends of Animals Wales has taken in hundreds of dogs abandoned by puppy farmers.

“What has kept me going through the very darkest of days and nights has been the belief that one day there would be a campaign to end this abuse of man’s best friend,” she said.

“Lucy’s Law is the best hope we have ever had of changing the whole system of acquiring a new family member and with the support of the Government and of the public we will at long last be able to ensure that dogs receive the very best standards of care.”

A central supporter in Parliament was Scottish Nationalist MP Lisa Cameron, chair of the All-Party Parliamentary Dog Advisory Welfare Group, who was almost in tears at the news.

“It’s been a groundbreaking campaign,” she said.

“Since the launch in December we’ve had overwhelming support from the public, celebrities, MPs from all parties and – credit where it’s due – from journalists, its been fantastic, we’ve achieved this together.”

David Bowles, assistant director of public affairs at the RSPCA, said: “The RSPCA knows first-hand the misery the puppy trade causes to dogs and families.

“The only people who profit from this unscrupulous trade are the sellers.

“We believe it’s vital to crackdown on this underground trade to provide much-needed protection to dogs and people, and welcome an end to the third-party sales of puppies.

“Coupled with the new licensing regime and proper enforcement, we believe the new system will help ensure better health and welfare for dogs and will better protect people from being duped by unscrupulous sellers.”

An early backer of Lucy’s Law was the International Fund for Animal Welfare.

Its UK director Philip Mansbridge said: “This is a fantastic result for thousands and thousands of puppies.

“It’s been such a big problem for such a long time, we must thank Michael Gove and all the organisers who have worked tirelessly to make this happen.

“Thank you Daily Mirror for keeping it in the public eye.”

The Kennel Club was “absolutely delighted” with the annoucement.

“The Kennel Club has long called for an end to the sale of puppies in pet shops and by other third party retailers, as puppy farmers often use such outlets to sell their pups to unsuspecting members of the public who never see the terrible conditions that the pups were raised in,” said Secretary Caroline Kisko.

“When this policy is implemented it will stop the suffering of many dogs and send a very strong message to puppy buyers that it is never ok to see a puppy in any environment other than the one it was born and raised in, and with its mum.

“Responsible breeders, such as a Kennel Club Assured Breeder, will have nothing to hide and would simply never sell their puppies to a pet dealer or pet shop, and would always speak at length with a prospective owner before selling them one of their puppies.”

As part its animal welfare reform programme, the Government is also bringing in higher maximum sentences of up to five years for animal abusers, the toughest sentencing in Europe.