An unconscious dog had to be revived by fire crews after being rescued from a house fire in Peterborough.

Wearing breathing apparatus, crews from Cambridgeshire Fire & Rescue Service saved the little pug from the fire in the kitchen of the third floor flat in Braymere Road, Hampton, shortly before 19:00 yesterday.

The pug was unresponsive when he was brought out of the burning home and officers had to use their Smokey Paws oxygen mask system to revive the poorly pet.

The oxygen therapy kits are donated to fire services throughout the UK by the charity, which relies on donations from the public to fund the life-saving equipment for cats and dogs.

Although firefighters did not stop long enough to get the dog’s name, they confirmed the pug was fine after it had been treated. 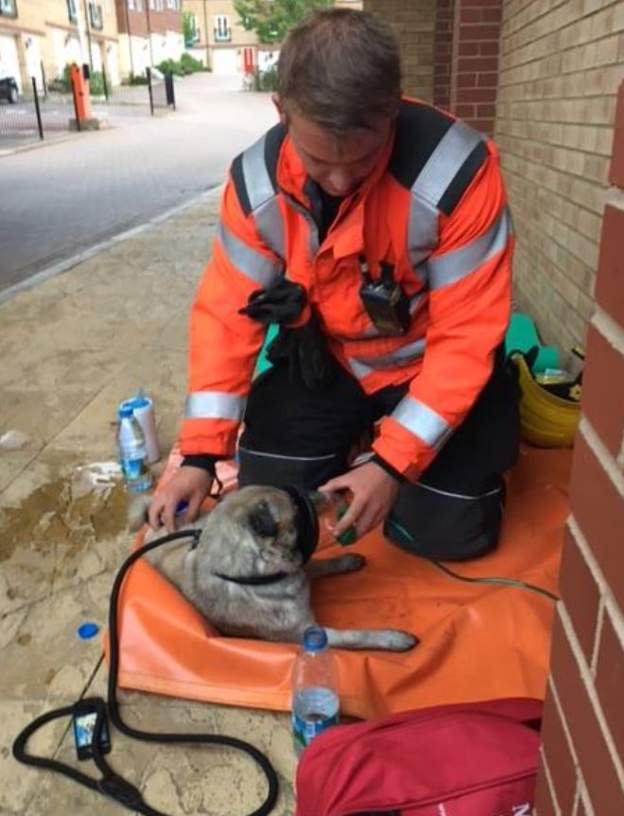