A severely matted poodle was discovered roaming the streets after being dumped by the road in the middle of the night. The poor dog’s hair was so tangled he could barely see as his previous owners left him to die by the busy North Circular road in north west London. A passer-by immediately called the police after noticing the 10-year-old wandering into the road and nearly getting hit by oncoming traffic in Dollis Hill. 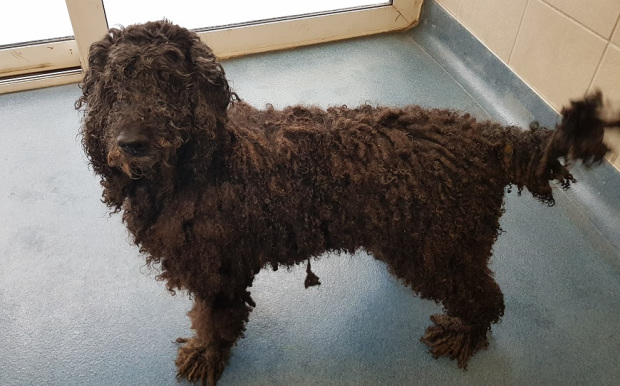 Police brought the poodle, named Brian, to an animal welfare around 4am. Mayhew’s Animal Welfare Officer, Tania Mazzoni, said: ‘When Brian first arrived he was so matted that he kept bumping into walls because he couldn’t see properly. ‘The poor poodle even had excrement caught up in his fur and was filthy. ‘We don’t know how long he’d been walking the streets of north west London for, but he was so exhausted, and finally feeling safe, he fell asleep while our kennels team were clipping him 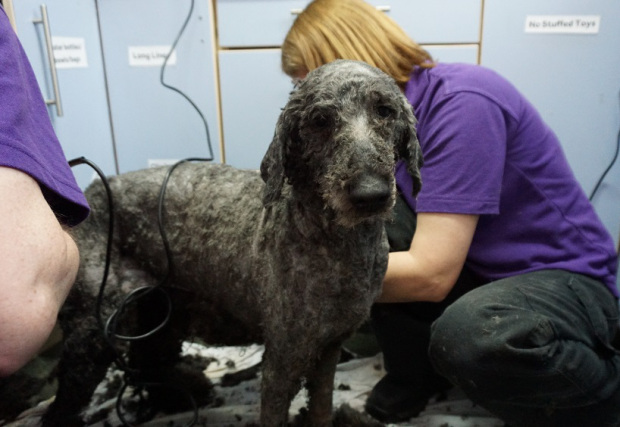 ‘We can’t imagine how terrifying it must have been for Brian to be left like that.’ After being clipped, Brian was quickly seen by a vet and given a thorough health check. Mayhew’s Vet, Dr Emma Robinson, said: ‘When Brian first arrived he was very matted and dirty, so he had to be clipped and bathed.

He had a vaccination and flea and worming treatment. He also has some problems with his eyes, which still need further investigation.’ The charity said they hoped Brian would recover and get a better life. However, they stressed that ‘whoever had abandoned him’ should have called them first to avoid dumping the dog on a dangerous road 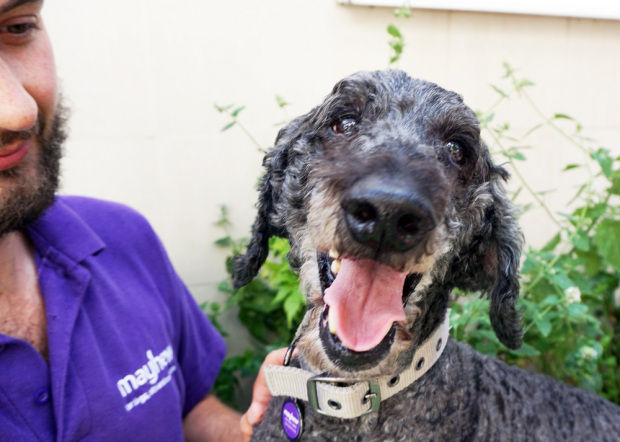