Two Pomeranian puppies and a Cocker Spaniel were stolen by burglars yesterday during a raid on a house in Winchcombe, near Cheltenham in Gloucestershire. The two white puppies, one male and one female, were both 12 week old. A two-year-old female golden Cocker Spaniel wearing a blue collar was also stolen. 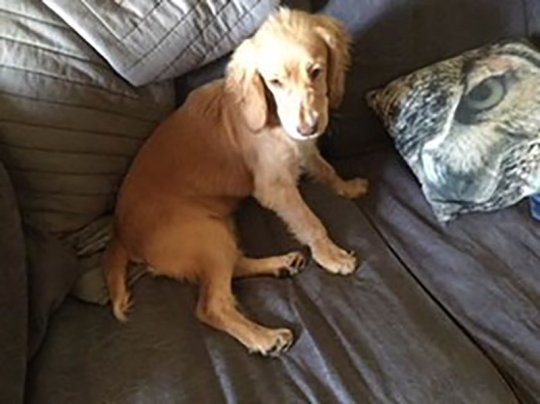