A lamb that had been missing from a farm for a week was found stuck in an old tree stump – by a police dog.

German shepherd Harry was out for a morning run with handler PC Dave Carter near Norwich on Friday.

The baa-leaguered lamb was described as “safe and well” and has been returned to its mum and the farmer.

It is not known if the lamb had spent the whole week stuck in the stump. 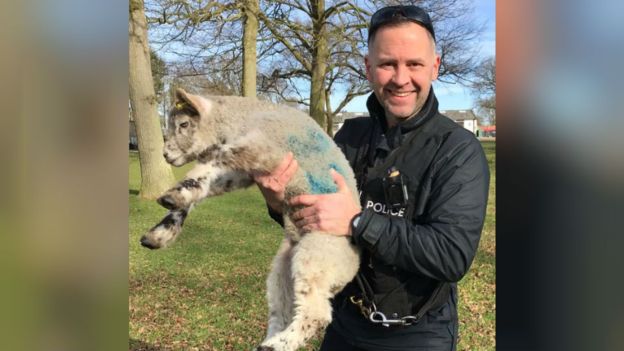