The Federation of European Companion Animal Veterinary Associations (FECAVA) have said household pets in the UK are losing their “herd immunity” after anti-vax conspiracies surfaced online, scaring pet owners. The FECAVA believes the anti-vax movement, which has been fuelled by social media, is pushing pet vaccination rates below the threshold at which outbreaks of deadly conditions such as canine typhoid fever and Parvovirus can be contained naturally. Figures from the People’s Dispensary for Sick Animals show 25 percent of dogs, roughly 2.2 million, no longer receive a primary course of vaccinations. 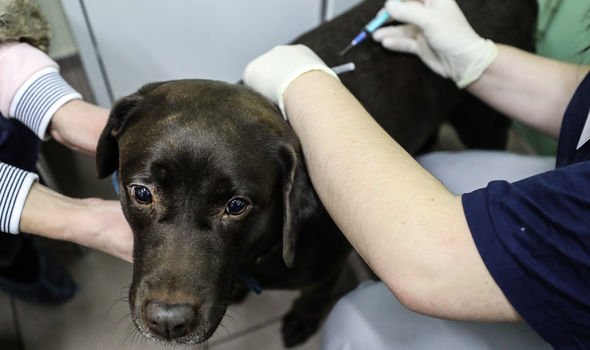 Around 35 percent of cats are also now unvaccinated.

Vaccine scepticism is a growing threat to human medicine.

One example which added fuel to the fire was the fraudulent research published by Andrew Wakefield in Lancet in 1998.

Mr Wakefield said there were links between vaccinations and autism, but this was later discredited.

The theory was endorsed by a number of celebrities, as well as the World Health Organisation ranks “vaccine hesitancy” among its top 10 threats to global health.

FECAVA president Wolfgang Dohne said: “A growing minority of pet owners are suspicious of vaccination in general, and this is similar to the anti-vaccination movement we have seen among parents.

“Pet owners now have a wealth of online resources at their fingertips to discover more about animal health issues and treatments, but much of this can be misleading and is not based on scientific evidence or research.”