The owners of a dachshund that was viciously mauled on the Tube have had to pay over £1,000 in veterinary fees. Laurie and Nicki Roberts-Downie have called for stricter laws for negligent pet owners to make them more accountable for their pet’s actions. Their dog Milo was bitten by another dog, who had just had its muzzle removed, between Highbury & Islington and Finsbury Park 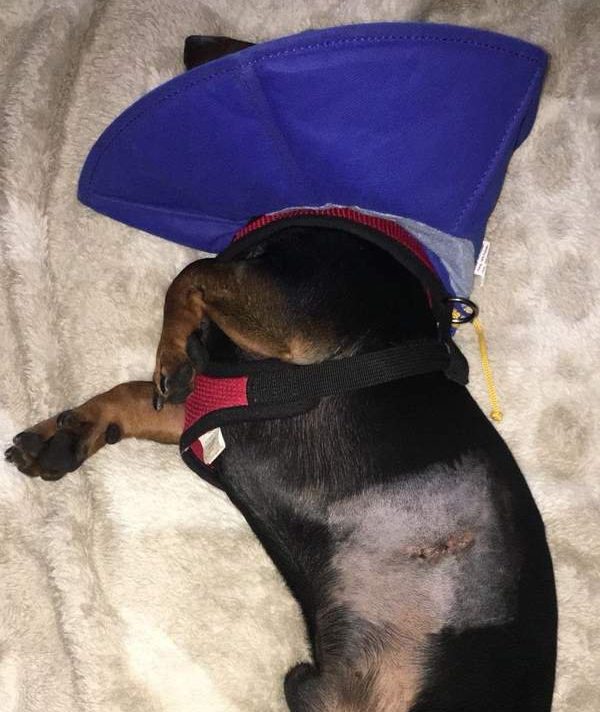 School teacher Laurie, 34, told the Evening Standard: ‘We didn’t even know another dog was in the carriage — and out of nowhere this big, grey dog jumped across and bit him. ‘It all happened in the space of one station. I stood up with [Milo] in my arms and my other half could see that he was bleeding, she was so upset. ‘I turned to the dog’s owner to say ‘control your dog’ and saw that she had a muzzle in her hands. ‘She had removed a muzzle, knowing full well what it was capable of — after the attack she put the muzzle back on.

She said sorry but she wasn’t sincere and made no attempt to provide her details or get off the train. ‘When we got to the vet we saw the dog had bitten right into Milo.

He is so small and he got a real fright. We had to keep him overnight in an animal hospital. ‘Now I feel unsafe taking him out on transport alone.’