Ray Dedicoat! So many nominations but will use lisaP central co-ordinators as Was Rays last “capture” that took the whole of 18 minutes…Sesi’s story is also on the blog….

“I  would like to nominate Ray Dedicoat for a LICKS award in recognition of his dedication over many many years to successfully trapping dogs across the country & taking the time to give advice and share his outstanding knowledge with us, meaning that his methods can be used to help many dogs to be caught safely.

Ray runs a boarding kennel near Solihull that incorporates a charity that works hard to care for stray, abandoned, neglected and unwanted animals of all kinds, including wildlife.  Ray has been successfully trapping dogs for many decades and is always prepared to take the time to talk with Doglost Co-ordinators, offering advice for any given situation, helping to develop our own knowledge and coming out himself at short notice to catch those particularly scared and hard to trap dogs!  Ray monitors the Doglost site for missing dogs who may be on the run, and will often take the time to call owners to offer advice on how to proceed in their situation.

When a dog is running scared, it is a distressing time for owners and those in the area who will be concerned for the welfare of the dog.  It can be difficult for the public to remain calm and understand that chasing the dog attempting to catch him or her will delay the progress. A feeding station will need to be established with the dog regularly visiting before a trap can be introduced.  When a dog is particularly scared, it can take some time for the confidence of the dog to increase enough for a trap to be set, Ray’s expertise and custom made equipment means that he is able to catch these dogs much quicker, reducing the risk of them coming to harm whilst on the run!” 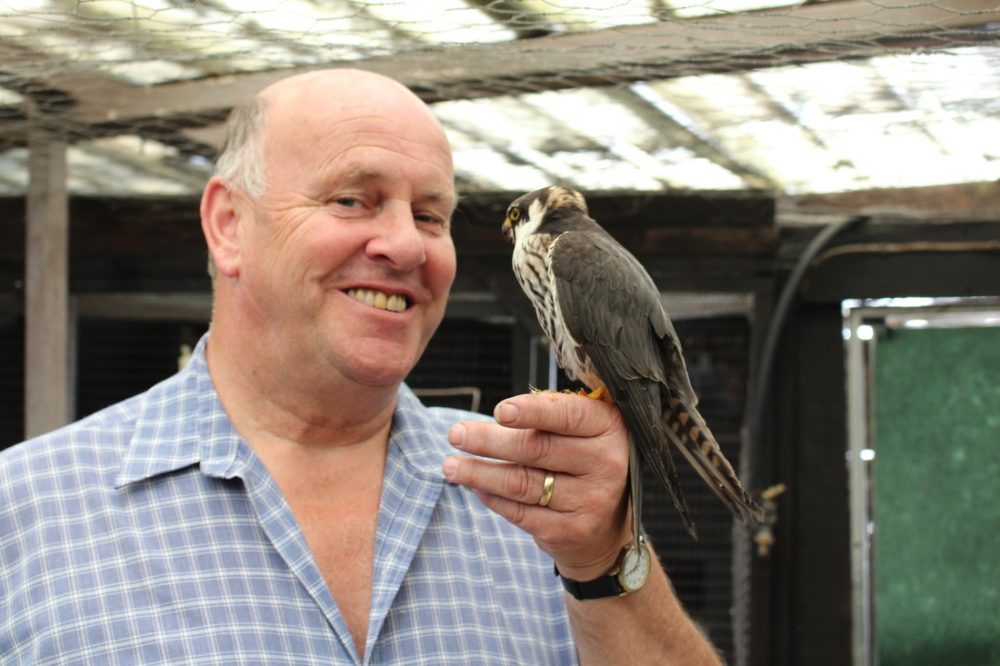 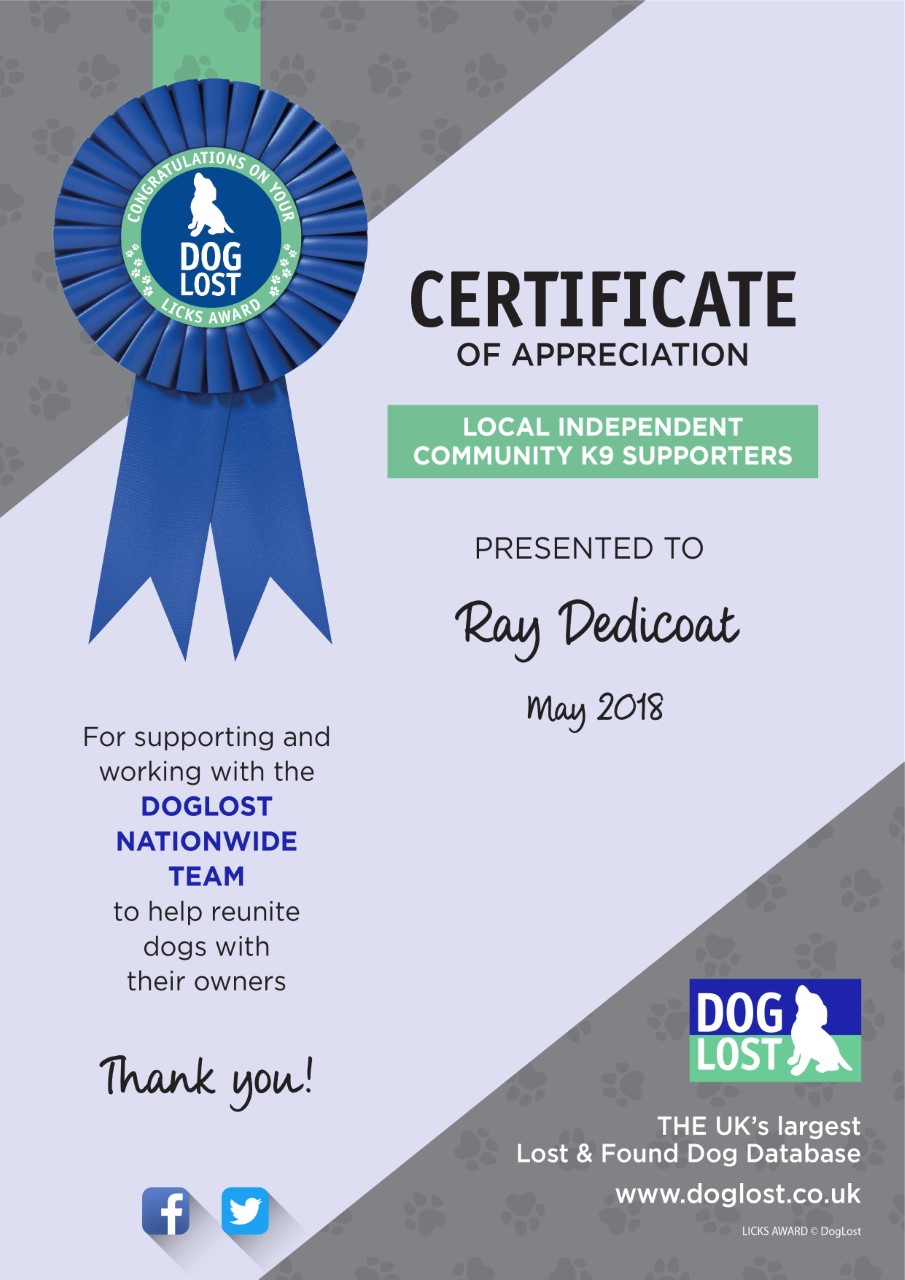 As indeed has DogLost so we do have something in common! as well as helping animals….Though Lucky Ray was presented with his award by Brian May…and I got Bill oddie…oh if only it  had been the other way around! 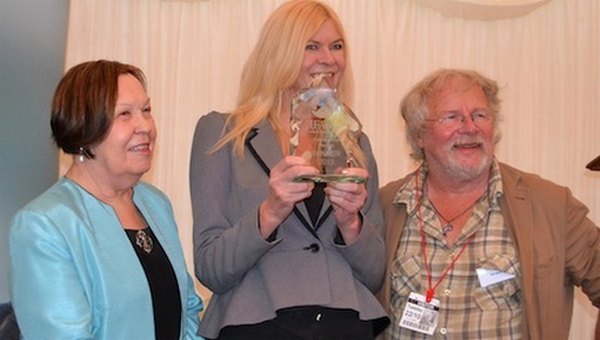