Crime-fighting dogs have been fitted with a new piece of kit – specially-made shoes to protect their paws from injury.

Northumbria’s Police Dog Section kitted out their PDs with the dog boots to protect them on frontline duties.

They often risk injuring their feet on broken glass, needles or even chemicals, the force explained.

The dogs received special training to prepare them for wearing the shoes on duty in hazardous environments. 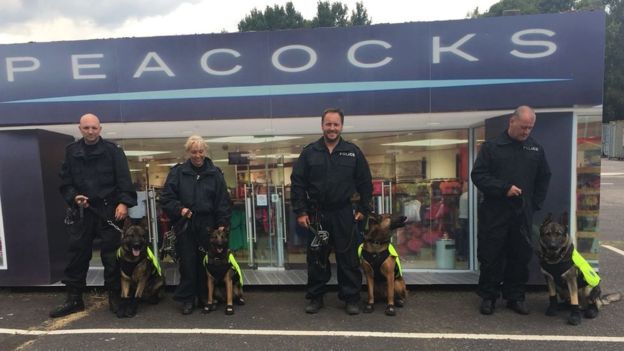 Rich Davies, a dog trainer at Northumbria Police, said: “Their paws are quite tough but they do get cut and that can be very painful for the dog and keep them off work for a few days.

“We regularly train them in how to respond in hostile environments and so this was a great opportunity to get them used to the boots.” 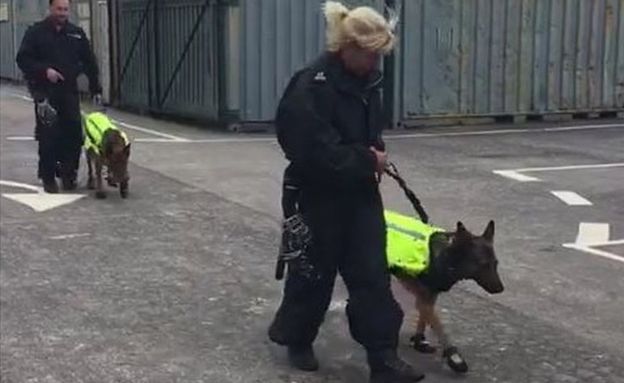 Most of the dogs have tried them on before, but for newly-qualified PD Quinn it was a first.

His handler Hayley Raithby said it appeared to take a bit of getting used to: “We have seen videos where dogs have had shoes on and walked a bit funny and Quinn was no different at the beginning.

“I don’t think he really knew what was going on but he got used to them eventually and that is really important for his development.

“There will be times that he has to put them on in the future, so these types of training sessions are valuable to prepare him.”