Searchers for the missing nine-month old whippet Monty are still hopeful he’ll be found, two weeks after he went missing.

They set up a ‘humane cage’ over the weekend with a blanket from Monty’s owners and some beef and liver to help catch the young whippet who has so far eluded all efforts to catch him.

With a number of fresh paw prints and kills found in the same square mile area in St. Martin, the team looking for him is hopeful he will soon be reunited with his owners.

For the past week, JJ Gallagher, a specialist in tracking and rescue systems at RS Tracker, has been spending up to seven hours a day looking for the young white and grey whippet, in all weather, with Sammie, a five-year-old Jack Russell,  to help track Monty’s scent.

While he has pulled at all stops to help Monty be reunited with his owners, Roderick and Edita Collins, JJ had never met them until Monty went missing on 20 February after a cleaner let him out by mistake.  He told Express: “I have no connection to the family. I got involved for no other reason than I am a dog owner and a member of the Jersey Dog Forum. Dogs can make your bad day feel good. You can’t be unhappy when you see a dog wagging his tail at you.” 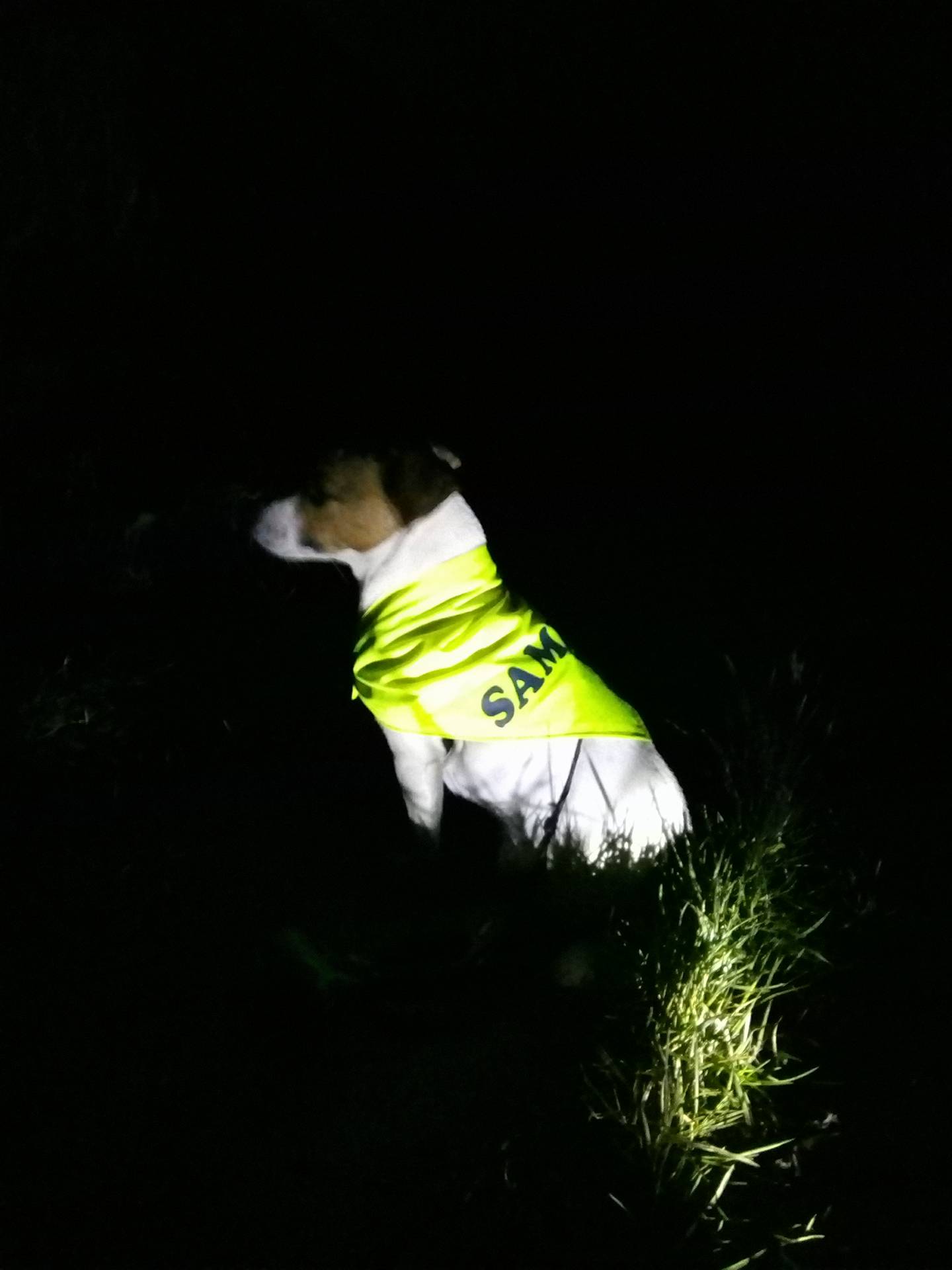 While 14 days might seem like a long time for such a young puppy to be missing, JJ says there is nothing surprising. He explained: “We all know that when a dog goes missing, it’s easier to find him in the first 24 hours. Monty is a hound, he has probably turned native now, he is only nine months old after all!

“Hounds always hide and watch, they only get found when they need to get food, which is why we have been trailing him all evenings. He is a very clever dog, he has proven that. We have found three wild kills, rabbits, that had definitely been killed by a hound. He is out there, he is eating, we just need to get him backed into an open area so we can bring him back to his family and have a relaxing time!”

JJ as well as more than 670 dog owners have been trying to find Monty since he ran from a house on Mont Mallet in St. Martin. After several posts on the Jersey Dog Forum, a Facebook group dedicated to Monty’s search was set up to concentrate all efforts to locate him. A £600 reward initially offered by the family was bulked up through several donations, including from QuidsIn, taking the total to £1,600.

But it wasn’t until last weekend that they were able to narrow down the area where he has gone into hiding, somewhere between St. Martin’s village and Gorey. With several glasshouses, derelict buildings, storage sheds and old farm buildings in the area, there are plenty of places for Monty to hide. Paw prints led the search team to a building formerly used by farm workers for lunch last week, but Monty was nowhere to be seen, probably disturbed by the noise and activity as Jersey Royals were being planted in a field nearby. 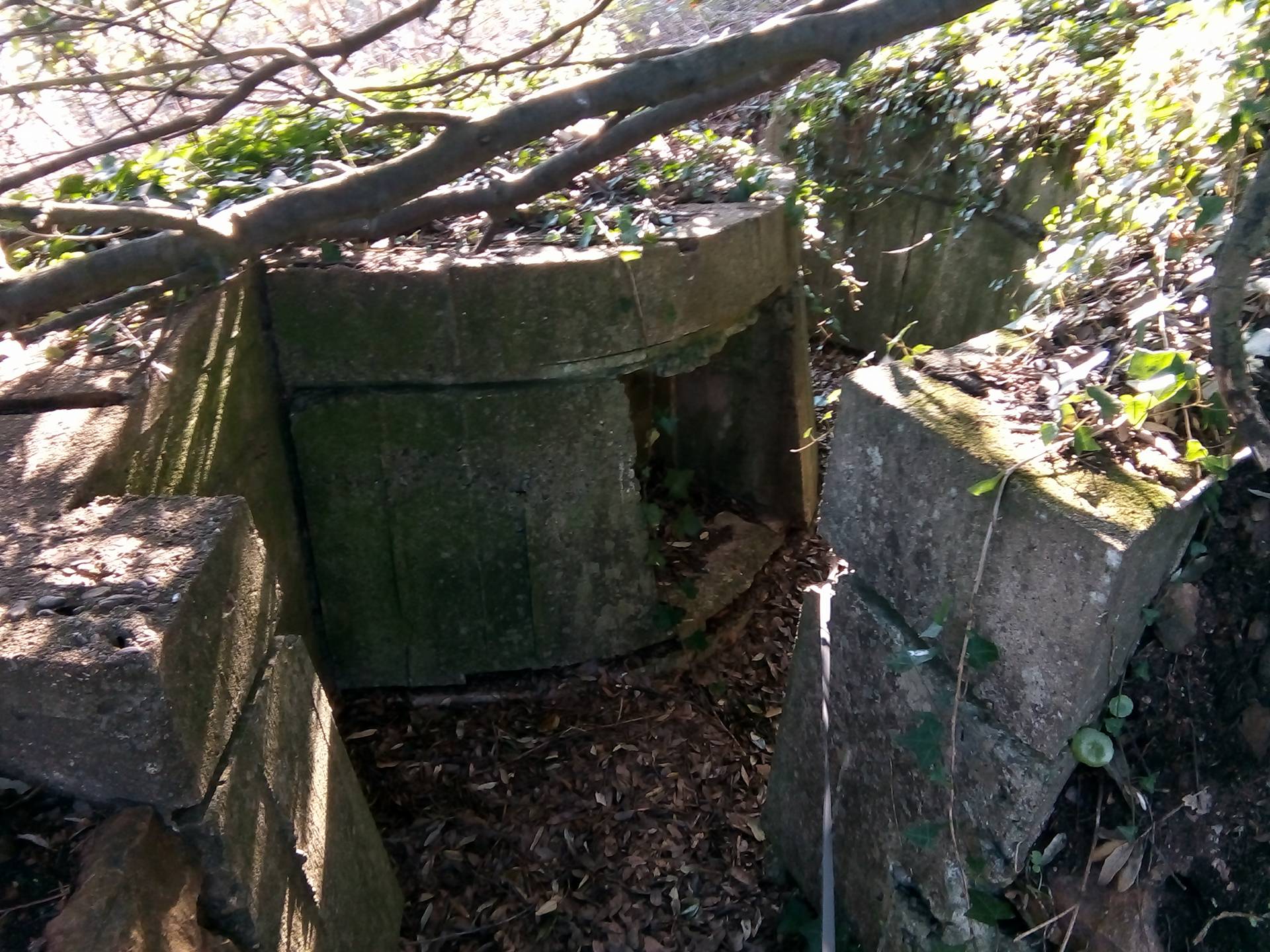 Pictured: “Hounds always hide and watch, they only get found when they need to get food,” says JJ Gallagher.

The team has tried to entice the puppy out with food, BBQs and scented bags. They decided to step up the efforts by setting up a cage after Monty was seen Saturday evening between St. Martin’s Village and Gorey. JJ says: “We put out a message on Facebook for a humane cage as the JSPCA only had small ones for cats. Rebecca Ransom kindly provided us one. We put out some beef and liver in there but we only caught some wild cats, a big rat and a pheasant. We have now scented the cage with a blanket from Monty’s owner and have gotten rid of all of the other food bags so that the food in the cage is the only one in the area.

“He would never go straight away in there as it is something new so at the moment we have a team of eight field watchers who are sitting between open fields and buildings with binoculars. They are out at 05:30 then have a break as hounds go in hiding during the day and they are out again from 17:00 until 22:00. We have also borrowed night vision goggles and asked other whippet owners to bring their dogs in the area. It felt like the whippet Olympics! They are really friendly to their own breed so we are hoping their presence and scent will make Monty the most comfortable possible. People are walking their whippets in the area and the owners are also there often to help Monty pick up the scent.”

With a “lot of positive” in the search in the past few days, JJ is urging anyone involved in the search to refrain from trying to catch the whippet as it could prove counterproductive and scare him away. He said: “The best thing to do is to let the family and us know of any sighting. The other day, the family was there withing 20 minutes of Monty being seen. Don’t try and catch him, he is too fast! It is hard to keep up with whippets, their speed is phenomenal! I would also ask any owners of derelict buildings and glass houses to randomly check them in case he has been there.

“All we want to do is to make him feel safe and comfortable so that he comes out. Once we catch him, we know he will be wagging his tail at the owners… but I rather do it sooner than later, especially with the horrible weather due this weekend. No one wants to be out in this weather. We need to win this game of hide and seek with him!” 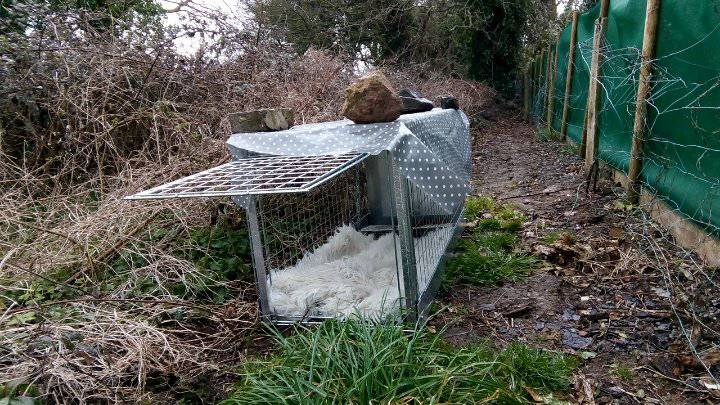 Pictured: The cage set up to catch Monty has been scented with a blanket from his owners and fresh food has been left out to lure him in.

Francesca Collins, Roderick and Edita’s daugther said: “JJ along with a few others have been invaluable in the search for Monty. We have not caught him yet but thanks to patient searching and astute observation, we have located an area where we think Monty might be hiding.

“The dog is much tougher than we gave him credit for – who knew whippets could survive snow and negative temperatures? Without JJ’s help, I doubt we would have got this far but hopefully the hard work will pay off and we can get Monty home by the fire and we can have a bottle of champagne and celebrate!”