Gaps in the law are preventing stolen dogs from being reunited with their families, despite being microchipped, campaigners have warned. Vets are under no obligation to the check chip of any pet they treat, and even if they do, a pet thief could easily change the registration details and leave no trace of the previous owner. It comes after a sharp rise in dog snatchings, with a record high of 1,931 cases reported last year, up 27 per cent from 2014. That’s why Debbie Matthews has launched an online petition calling for a series of changes in the law, which has fetched more than 40,000 signatures so far. The daughter of Sir Bruce Forsyth and founder of charity Vets Get Scanning says it should be compulsory for original keepers to be contacted by their database as soon a microchip is scanned before a missing alert is removed. 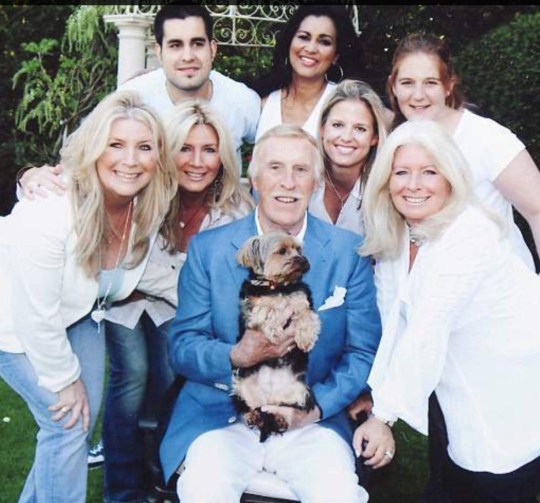 She says vets and shelters should always have to trace pets back to their very first appointments to find their original owners, who should be consulted on any changes in registration details.

Debbie told Metro.co.uk: ‘If you steal my dog and you go to the vet, if the vet doesn’t check the microchip and then you register him I’m not going to get my dog back. ‘We are not owners of the microchip we are keepers. It’s up to the keeper to update the details of where the dog resides. ‘Some wont check with the registered keeper to check if it’s okay to change the details. ‘We have microchipped our pets with the expectation to be reunited if the worst happens and they are lost or stolen. ‘If just one organisation is not committed to scan and check microchip registration the whole system fails and is not fit for purpose. ‘You only find out the truth when your pet has disappeared.’ 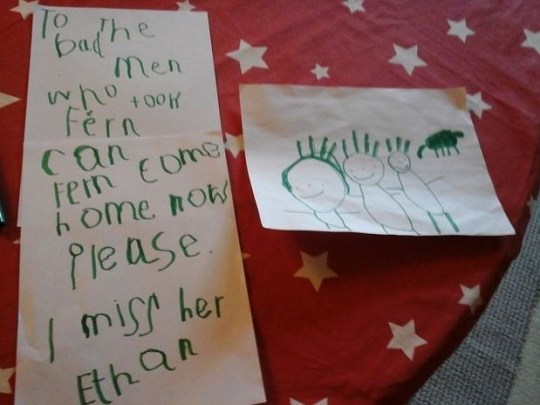 Debbie named her proposed legislation #FernsLaw – after a stray cocker springer spaniel cross who was stolen from her home in Malden, Rushett, Surrey in April 2013. The family’s four-year-old son Ethan wrote a heartbreaking letter calling on the thieves to return her, but Fern was reunited with her owners six years later because a vet checked her chip. Debbie has been fighting for reform ever since her two dogs, Widget and Gizmo, were stolen from her car in 2006. Thieves smashed the windows and yanked Widget and Gizmo out as she popped into a Marks and Spencers in Camberley, Surrey. Recalling how police questioned her, the mum-of-two said: ‘They just kept saying to me “what did you leave in the car that was valuable?” 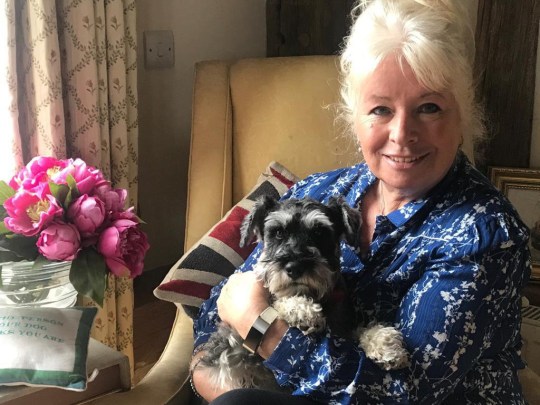 ‘They said if it was only dogs they wouldn’t come out. They kept asking me did I have any laptop did I have a handbag, I said “no my dogs have been stolen”.’

As well as tightening up microchipping rules, Debbie, 64, also wants pet theft to have its own status under the Theft Act. Despite being seen as loving members of the family, the law treats them no differently to a TV or a tablet if they are stolen. Debbie was lucky enough to harness the star power of her entertainer father to launch a national media appeal to recover her seven-year-old Yorkshire terriers 10 days after their dognapping. She added: ‘Dog theft was virtually unheard of back then. Now they take dogs from gardens they take dogs from house burglaries. It’s got to a really bad stage.’ Debbie says Widget was bought by a man from a now closed livestock market in Southall, west London where he was crammed in a box with other dogs. After seeing an appeal to find the dog on GMTV he called the programme and returned him to Debbie who compensated him the £150 he said he paid.

A woman spotted Gizmo with his new owners in a park in the Southall area and bought him off them before returning the dog, again being compensated. Debbie added: ‘I’ve been campaigning on this for 13 years when my dogs were stolen. 13 years on it’s still a battle. ‘It’s something you just don’t get over because your pets are family members. ‘Next to your children being stolen or kidnapped your dog is up there, that’s how important it is.’ The Stolen and Missing Pets Alliance member warns many missing dogs needlessly die because vets and shelters do not check their microchips before putting them to sleep. Pets whose owners have signed up to fraudulent microchipping websites risk meeting this fate if they are scanned and no records show.

Debbie has also called on Defra to notify the public about a bogus US based database which is listed on Google and marketed at UK audiences.

British Vetineray Association President Daniella Dos Santos told Metro.co.uk: ‘Our recently strengthened microchipping position recommends regular scanning in a range of scenarios. ‘This should include national database checks on presentation of stray animals or others who are new to the practice, to aid reunification and help with identifying if a dog has been stolen. ‘Out of date or incorrect information on microchipping is one of the most common reasons why vets are unable to reunite pets and owners, so we encourage everyone to ensure their details are kept up to date to avoid the heartache of a lost pet. ‘We’re also calling for all 14 microchipping databases in the UK to register with EuroPetNet, and for better enforcement against those that don’t meet government standards. ‘The fact that these databases aren’t centralised and don’t tend to share their data with each other is a growing threat to successful reunification of lost pets and owners.’ Defra have been contacted for comment.