First comes love. Then comes marriage. Then comes an adorable dog. What, were you expecting something else? Yup, Meghan Markle and Prince Harry have reportedly welcomed something new to their family – a cute little doggo.

The Duchess of Sussex famously loves dogs and was devastated to leave her labrador-shepherd cross in Canada when she moved to Kensington Palace. Bogart was deemed too old to travel and is now living with Meghan’s friends across the pond. So, it is thought the new dog is Bogart’s replacement, and will join Guy, Meghan’s beagle, in the blossoming royal clan. A royal source told the Mail: ‘The dog is already happily ensconced at their cottage. 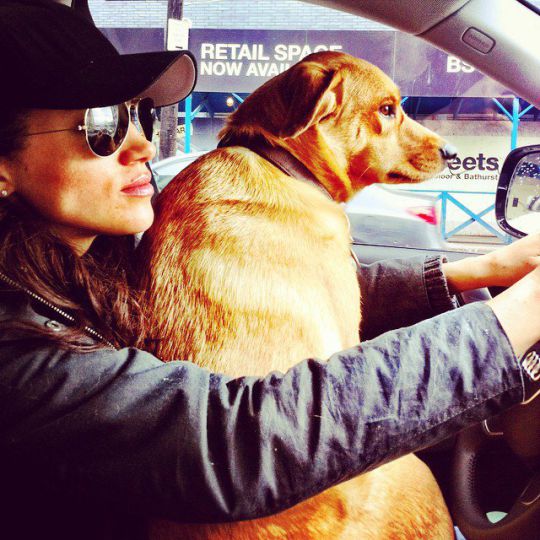 ‘Like the Sussexes, the dog will divide its time between the palace and their country home in the Cotswolds.’ Kensington Palace hasn’t confirmed the addition, and we are still waiting for Meghan to reveal its name. Meghan spoke about both of her dogs during a televised interview after they announced their engagement, explaining: ‘Well I have two dogs that I’ve had for quite a long time, both my rescue pups. ‘One is now staying with very close friends and my other little guy is – yes he’s in the UK, he’s been here for a while. ‘I think he’s doing just fine.