John knows he won’t be around forever, so he’s making sure he’s got everything sorted for what happens when he dies. Top of the list is finding a loving home for his dog, Pawpaw. John met Pawpaw back in 2017 at Muttville Senior Dog Rescue in California, when Pawpaw was 11 years old. It was love at first sight. Pawpaw provides John with companionship, fun, and support – all of which are vital considering John has ALS, a neurodegenerative disease that can cause daily pain. John’s health has been declining in recent years, so he’s started to plan for the future by working to find a loving home for the dog who he’s loved for the last two years. He’s working with Muttville to make sure that after he passes away Pawpaw will be matched with another senior who’ll give him the love he deserves. 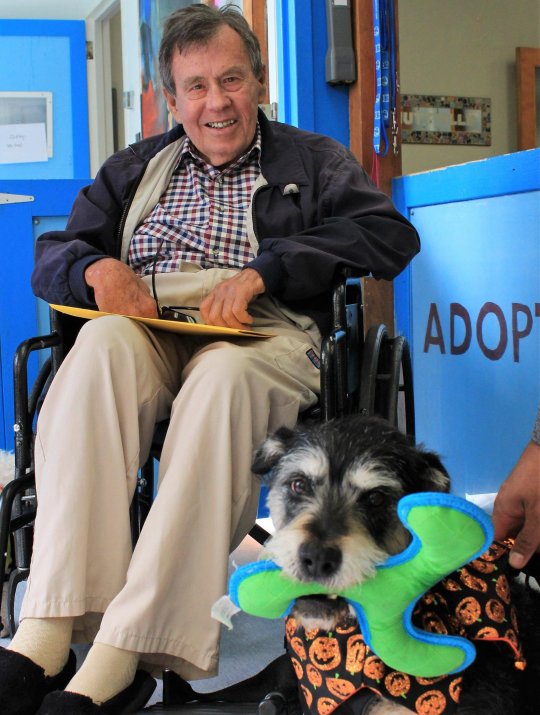 Sherri Franklin, the founder of Muttville, told The Dodo: ‘Pawpaw is his family and it’s bittersweet, knowing that John may leave us soon. ‘I am honored to help Pawpaw find his new family. ‘When someone passes away their dog is usually brought in to a local animal shelter and if the dog is older they will end up getting euthanized if a home is not quickly found. ‘Muttville gets dogs from all kinds of backgrounds, the ones that really pull at my heartstrings are the dogs that have had a wonderful home until their guardian passes away or goes into a care facility, their whole life turns upside down.’ 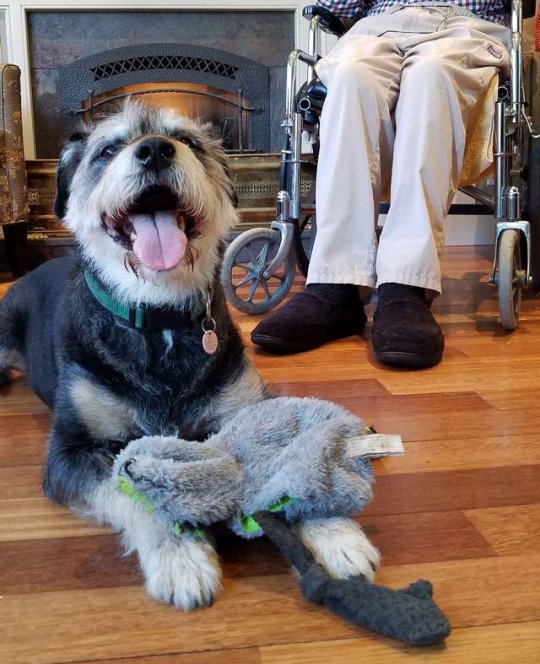 Pawpay is described as a laidback and upbeat dog who’s super friendly, so would be a good fit for anyone able to give him plenty of affection and activity. He’d be perfect for another senior or someone with a longterm illness. Three years ago John was told he had six months to live – Pawpaw may have helped him live far longer than predicted.