Man fined £1,500 for allowing dog to repeatedly poo in his own garden

A dog owner who repeatedly refused to clean up his dog’s mess from his own garden has been hit with a £1,500 fine. Craig Wood, 25, allowed his dog to relieve itself in his private garden, but neighbours complained over the lingering stench. He was then served an abatement notice by Castle Point Council, in south Essex, ordering him to clear the mess and prevent the accumulation of any future mess. 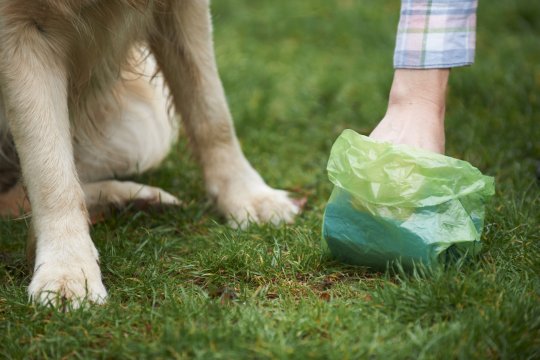 But Mr Wood breached the notice five times and was later brought before Basildon Magistrates Court and ordered to pain a fine of £1,485.

Neighbours of Mr Wood, who lives in the Woodlands flats, on Catherine Road, claim there is still dog poo left in the garden, despite the court action.

‘I don’t live in the block, so have not dealt with it directly, but I have been told and I think a few neighbours were getting frustrated,’ one resident told the Halstead Gazette. ‘It can’t be nice to see, and we all know dog mess stinks, so you’d be very annoyed if you could constantly smell it. ‘Fair play to the council for taking action against him, hopefully it is a bit of a warning to others.’

A spokesman for Castle Point Council said: ‘Environmental Health was notified last summer of accumulations of dog fouling in a garden which was causing an odour nuisance to a local resident. ‘Following a visit by the Service an abatement notice was served requiring the mess to be cleared and also to prevent dog fouling accumulating again. ‘Further complaints were received and despite being given a written warning, Mr Wood continued to breach the notice.’