Vets who examined a sick St Bernard dog were stunned when a mass in her stomach which her owners thought was cancer turned out to be four half-chewed teddy bears.

Eight-year-old Maisy had the soft toys removed during an intricate procedure and is now thriving at home in West Yorkshire with a ‘new lease of life’, said her relieved owners, who admit they feared the worst.

They revealed how a CT scan showed Maisy had an unusually full stomach and a mass on her spleen, which was initially put down to her food not being digested properly.

The vet feared Maisy had cancer and the adorable dog was rushed in for surgery to remove her spleen, but in a remarkable twist a vet found Maisy had actually devoured four teddy bears which had become lodged in her stomach. 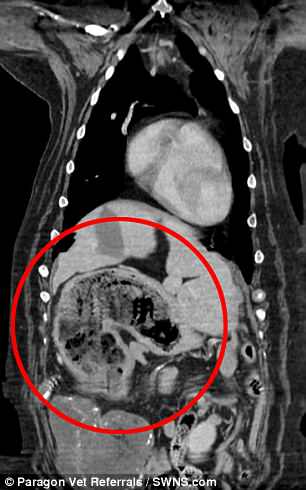 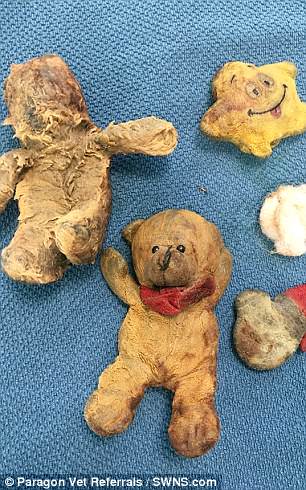