Lurcher, Blue, has been rejected by 3,420 potential owners

Who could see that happy little face and not want to take four-year-old lurcher, Blue, home? It turns out, over 3,000 could, as that’s how many people have rejected him at the shelter he currently lives at. Dubbed Britain’s unluckiest dog, Blue has now spent over 300 days at his RSPCA kennel in Suffolk.

He had originally been given up in May this year as his owners couldn’t look after him. Although he was rehomed six months later, Blue returned not long after as his new owners also felt they couldn’t handle him. Since then, he’s seen 49 kennel-mates taken to their fur-ever homes before him, and only one person has shown an interest in adopting him since November last year (and this unfortunately fell through). 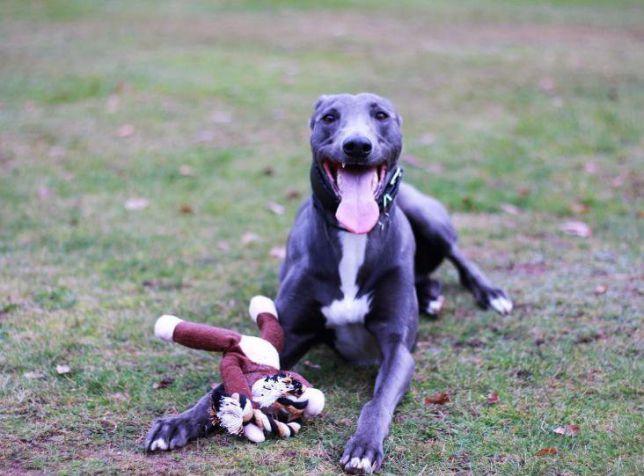 Far from being a problem pup, kennel staff say that Blue is the one they all go to for cuddles and that he is a ‘real favourite’ among those who work there. Branch manager Zoe Barrett even took special photos of poor Blue and made them the cover photo for the RSPCA Martlesham Animal Centre Facebook page. As well as that, contacted local media and asked other animal shelters to get involved, but it seems like the little lurcher just can’t catch a break. Blue, like many dogs of his breed, has a high chase drive, so will need an owner who has a big, enclosed garden.