I had met Tess Personally when they lived close to me and received Endless messages from people asking me to Help.
The first week we received no Confirmed sightings, I tried to convince the owner that its OK and early days, but even I was starting to worry now.
On the 28/10/19 we were Informed she was in a residential area in Standish.
Despite putting food out and Wildlife camera she vanished. The House Owner watching for her constantly.
On the 6/11/19 we were sent a CCTV Image of a Dog, we were able to confirm it was Tess. Looking at the Image we were Heartbroken to see how much weight she had lost. Her Welfare was now a very serious concern both myself and others didn’t think she would last much longer . Calls were made to decide on the next step. all Emergency options Discussed with the owner. And plans to keep people away from the area as much as possible.
The Next day the Rain came and we were thinking she’s just going to bed down. How ever I received a call (sorry to my Neighbour for my shreeks of Excitement)  IN TRUE LURCHER FASHION she had found a sofa, all be it a garden one. We were able to keep people away and liaised with the owner to make his way up etc.
Tess in the meantime decided to give herself up to the house owner (again apologies to my neighbour for more Shreeks) she is now home Recovering up on her own sofa.
ChrisM(Fiona) – Doglost Co-ordinator North West
PICTURES ATTACHED 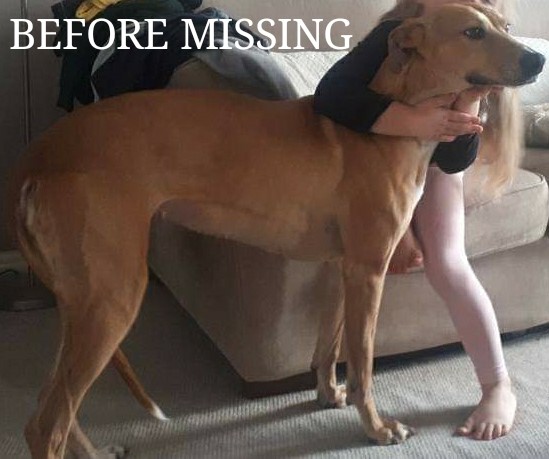 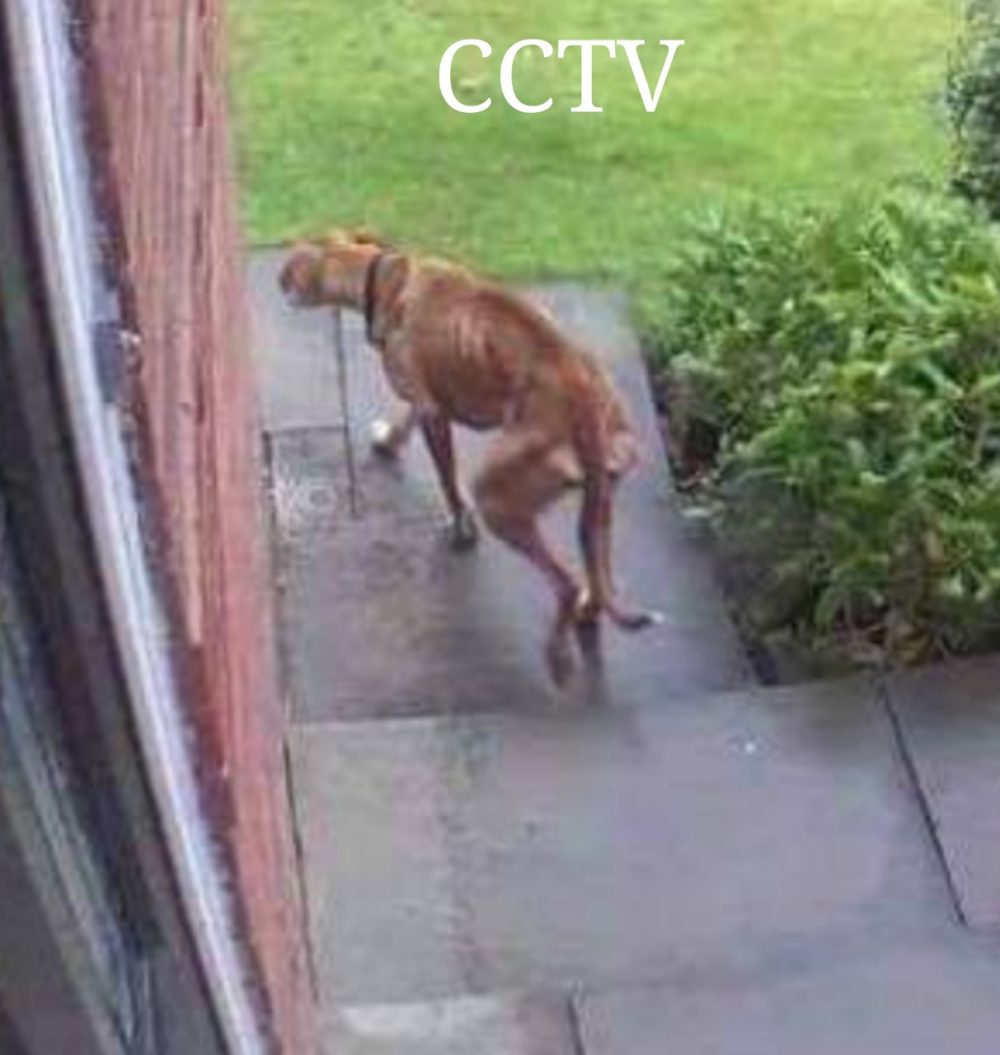 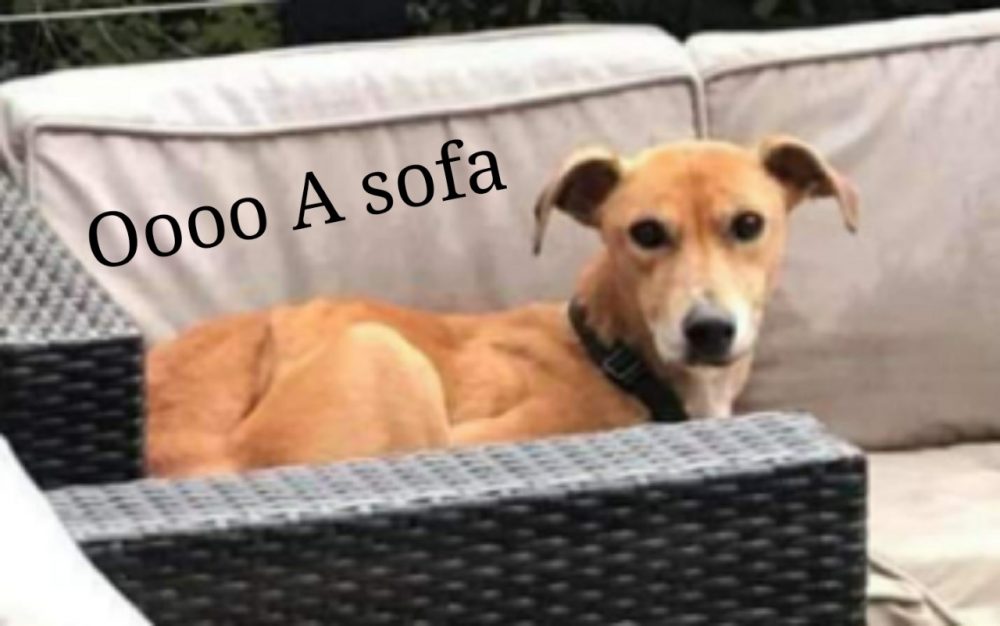