How Glasgow pulled together to solve a ‘dognapping’

A stolen dog has been reunited with its owners after a social media campaign brought together a Glasgow community to track down the missing pet.

Six-year-old Shih Tau Bichon cross Blake was stolen from outside a shop in the Gorbals area at 21:25 on Monday.

In just over 48 hours she and her friends had tracked him down at a house in another part of the city.

Blake was reunited with his owners at 02:00 on Thursday.

Ms Marshall, 34, said “an army” of friends, family and members of the public had helped find her prized pet.

In a message to the thief, she said: “Wrong dog, wrong community, wrong city. We did this the old school way and it worked.”

Blake was stolen from a Nisa store on Ballater Street in the Gorbals area on Monday evening.

She said: “This is a message to the people that took Blake. In only 24 hours we have managed to access numerous CCTV footage which shows very clearly the man who took him.” 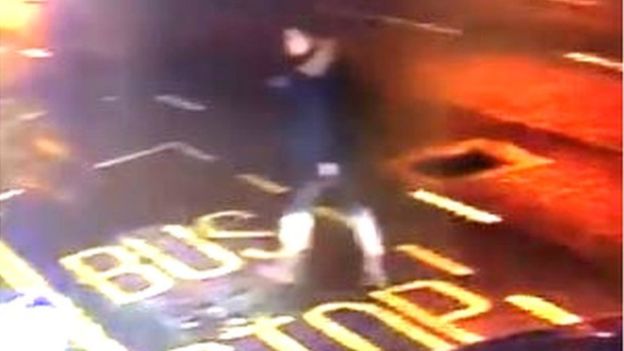 “And we have the amazing people of Glasgow who are behind this.”

She said she thought the man who took Blake wanted to sell him, and offered a £5,000 reward for his safe return – “way more money than he is worth”.

In other posts, Ms Marshall released CCTV footage, including an image of a man walking to the shop and another of a man carrying Blake away.

At 02:00 on Thursday, Blake was recovered from a property in the Possil area of the city.

Ms Marshall said: “This was honestly like that Liam Neeson film, Taken.

“We were blown away by the support on social media. For three days I was inundated with messages of support.

“We spent a lot of time out in the street speaking to people and asking for CCTV. Every message we got meant that we were pointed in a certain direction and we could eliminate other things.”

She added: “We pieced the puzzle together and knew he was in Possil and we were closing in. Then out of the blue, I got a message saying: ‘I have your dog’.”

She thanked everyone who helped spread the word and share her posts. 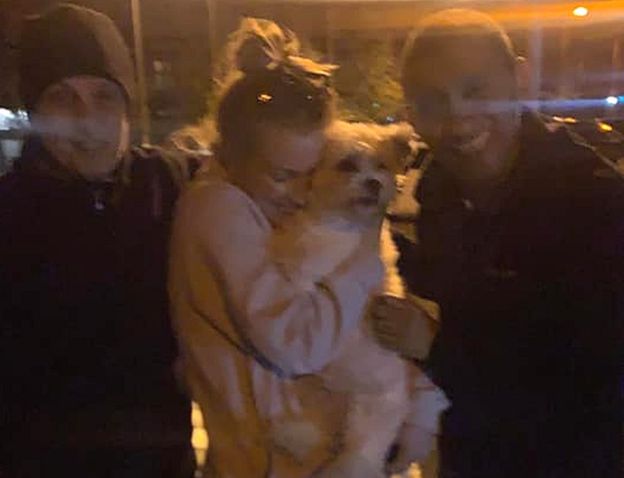 She promised to return all donations made to a fundraising page, or pass them on to an animal charity.

She told BBC Scotland news: “I am exhausted. I haven’t slept in 50 hours.

“But I am so relieved and over the moon that Blake is home with us.”

A Police Scotland spokeswoman confirmed a dog was reported stolen on Monday evening from Ballater Street and that officers were carrying out inquiries.

She said: “Information was passed to officers in the early hours of Thursday, 10 October, regarding the potential location of the dog.

“Officers passed on advice to the owner regarding their safety and the call was given an appropriate priority based on other ongoing incidents and operational demand.

“We fully appreciate the distress that this incident will have caused. Officers continue to investigate and are following a positive line of inquiry in connection with this.”

“We rescued Blake from a house in Possil tonight at 2am.

We don’t even know where to start…..
Thank you so so so much to every single person across the world who shared our posts. It was indeed the social media efforts that led us right to the door of where Blake was being held. Thank you to my amazing friends and family, the reporters who published stories, the countless people who worked tirelessly to bring him home, the people of Govanhill who helped massively tonight, the local businesses and neighbours who shared cctv, the countless number of strangers who offered support and love, the Roma children of Govanhill, Johanna Soprano of Govanhill who put her slippers on and marched the streets, the amazing people in local dog rescue pages, Charlie Boyle for her determination, Belle E Flop for the flyers and go fund me (which we will give back to donors or donate to a local pet charity), Stuart Aitken for the flyers….I’m so sorry if I have missed anyone (I’m sleep deprived!). Lastly, thank you to my wonderful family and the Gorbals community.

Many lessons have been learned and Blake will never be out of our sight again.

Let it be known that the people of Glasgow will not give up. Wrong dog, wrong community, wrong city! We did this the old school way and it worked. If u ever lose your loved one NEVER EVER GIVE UP. MIRACLES HAPPEN 💜💜💜