Holly featured in the Metro.

Charlton residents are being urged to keep their eyes peeled for an injured Bichon Frise who has been missing since February.

After being rescued from a puppy farm, “timid” Holly was given to a new family in Charlton, but disappeared three weeks later.

Her owners have been searching for her ever since with no luck – until a few days ago, when she was reportedly spotted by several people.

The pup is said to have appeared in Ankerdine Crescent, Woolwich, at about 9.30am on Sunday, April 22. Three people said they saw the pup but did not pick her up because she was dirty. 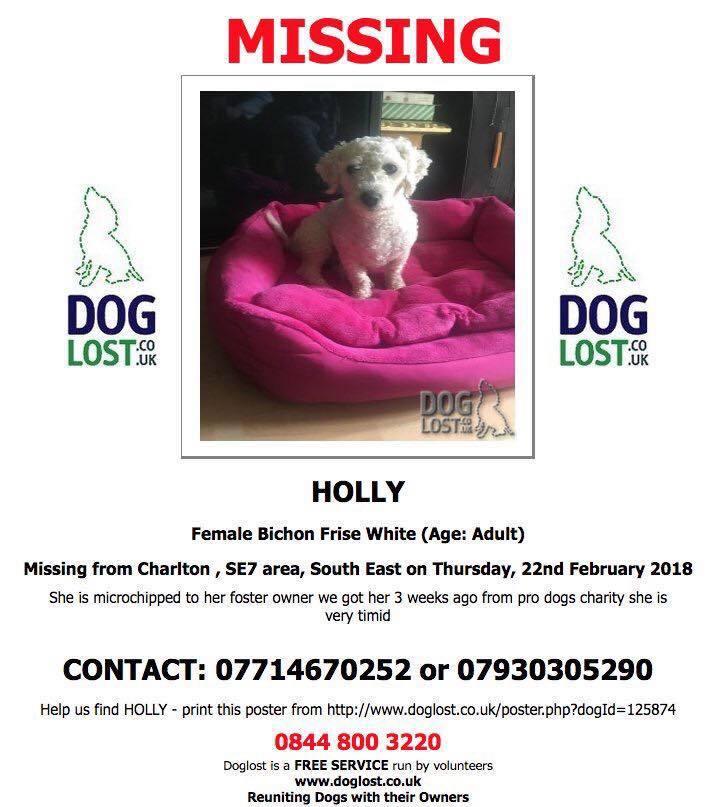