One couple’s engagement photoshoot took an unexpected turn after they decided to include their unpredictable puppy in the proceedings. Joyce Sabino Greffe and Alfredo Garcia da Silva of Campo Grande in Brazil wanted to make their nine-month old dog Thor a part of their special day. But instead of being a good boy, Thor had other ideas. The four-legged friend let his over-excitement get the better of him. 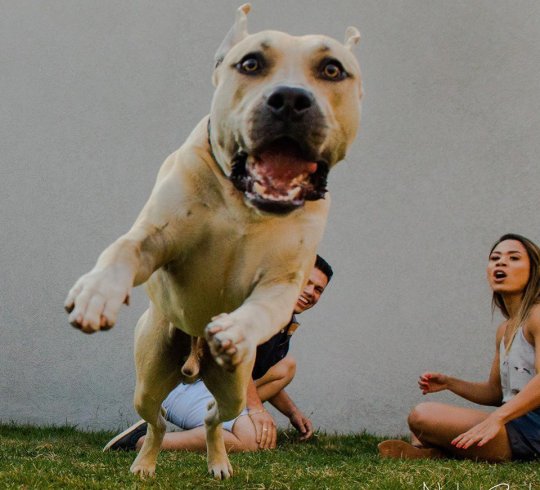 Rather than sitting nicely for some picture-perfect snaps, Thor saw the opportunity as his time to wreck havoc on his unsuspecting owners. He proceeded to twist out of Alfredo and Joyce’s arms and laid some extremely slobbery kisses on them But not only that – he also hurtled towards the camera, thrashed around dramatically, posed with his backside to the camera and jumped on top of Joyce. The couple’s chosen photographer Nícolas Carrelo managed to capture some of Thor’s hilarious antics.