A puppy has been awarded Dog of the Year after protecting his owner from a rattlesnake bite. Heroic golden retriever Todd showed just what a good boy he is on June 29 earlier this year by jumping in front of Paula Godwin’s leg during a hike in Anthem, Arizona. The then six-month-old dog had unwittingly shielded his owner from a ‘resting’ rattlesnake – but sustained a nasty bite to the face in the process.

Fortunately Ms Godwin was able to quickly scoop Todd and her other dog Copper up into her arms and reach a veterinary hospital within ten minutes. After 12 hours of care, the 44-year-old said that her ‘hero’ is now on the mend and ‘acting like a normal puppy’ after his terrifying ordeal.

‘When we were out on our walk everything was fine, but since Todd is so curious he saw something by my leg and darted towards it,’ Ms Godwin, from Anthem, Arizona, said. ‘There was no warning and suddenly the snake bit Todd in the face. ‘I quickly pulled him away and rushed him to the hospital and thankfully got there in just under 10 minutes. 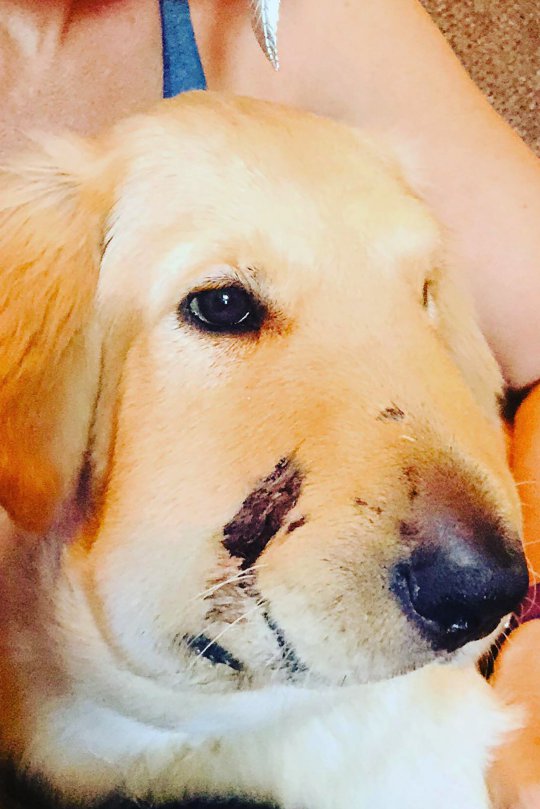 ‘They gave him an anti-venom while he was there and he stayed in the hospital for 12 hours to make sure he was ok.

‘He is now on the mend and the swelling is slowly going down – Anthem animal hospital did an amazing job. ‘He saved me from getting bit, Todd is definitely my hero! ‘Everyone has been so wonderful and supportive also, it’s amazing how supportive everyone has been of my brave pooch!’