A HERO dog walker saved the pet she was exercising by performing “mouth to snout” resuscitation as its life ebbed away.

Quick-thinking Karen Hodge saved Travis the boxer with pet first aid skills taught by the country’s leading veterinary charity, PDSA. Using CPR and then breathing air through the unconscious dog’s nostrils, she was able to bring him round. Moments later, the dog walker had to instruct her daughter to perform the same life-saving first aid as Travis stopped breathing while they were rushing him to the vets by van.Today both the PDSA and Travis’s owners applauded the mother and daughter’s actions in saving the pet’s life.

Although Travis stopped breathing three times in quick succession, he has been put on long term medication after seeing a cardiologist.

Vigorous exercise, however, is off the agenda because his heart could stop at any time. 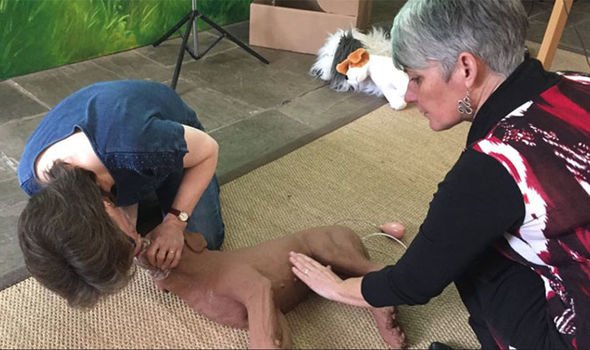 Pet charities recently produced a “good walkies” guide for professional dog walkers with tips on how walkers should react in an emergency and the need for them to be first aid trained and always carry a medical kit.
Read more here…
https://www.express.co.uk/news/nature/1084475/dog-news-pet-resuscitation-CPR-PDSA-first-aid