Joy turned to despair for Cramlington couple Ange and Glen Lowes when their rescue terrier Rosie went missing as they got married.

A newlywed couple say they will “never stop searching” for their beloved dog Rosie after she went missing on their wedding day.

It should have been the happiest day of Ange and Glen Lowes’ lives when they tied the knot at a beautiful ceremony in November.

But joy turned to despair for the Cramlington couple when they received a phone call the next morning telling them that Rosie had gone missing from the holiday park in Northumberland where she was being looked after.

Ange and Glen left their friends and family and raced straight away to search for terrier Rosie.

But although their efforts have so fair been in vain, the pair say they will never stop looking for their precious pet. 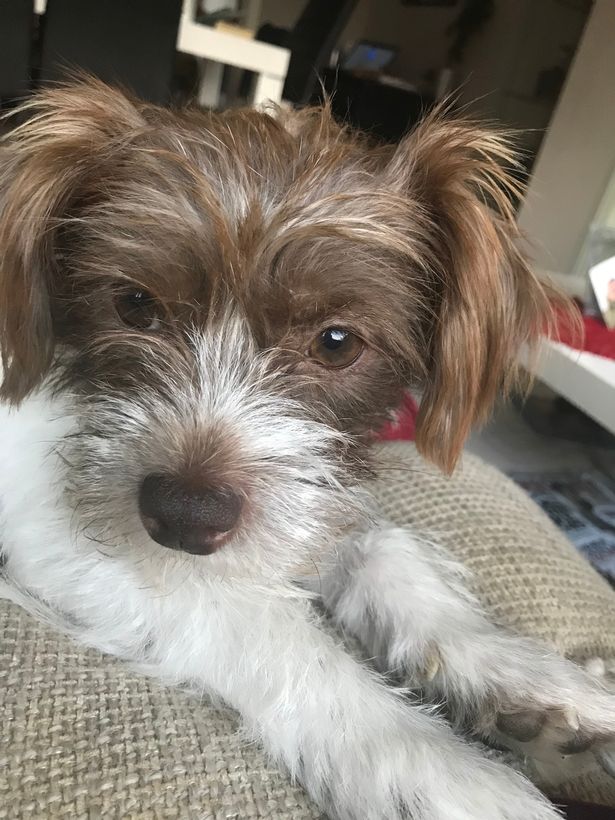 They have shared their story as new figures suggest dog thefts in the North East have increased by 283% in two years.

The stark statistic for the area covered by Northumbria Police has been shared by not-for-profit organisation DogLost, following a freedom of information request to police forces across England and Wales.

DogLost says rescue dog Rosie’s case suggests that the figure could be even higher as many cases go unreported or remain listed as missing.

Ange and Glen had brought Rosie home with them just over two months before their wedding in November – adding her to the family that also included Shih Tzu Rolo.

“But we were waiting for the right one to come along, and then Rosie did.

“We knew nothing about her past other than that she was found on the streets and had just given birth, so she’d had a tough time.

“She was a little bit nervous at first but she settled in really quickly and she had so much love to give, a really affectionate dog.”

And another newspaper article… 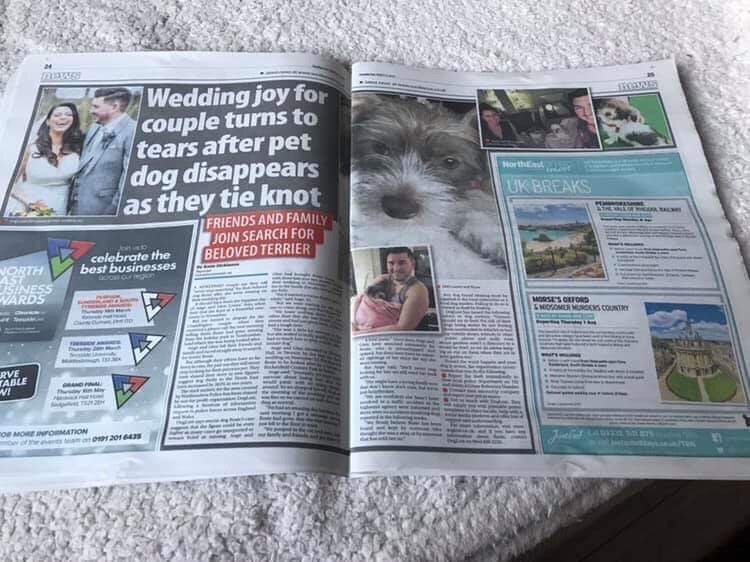