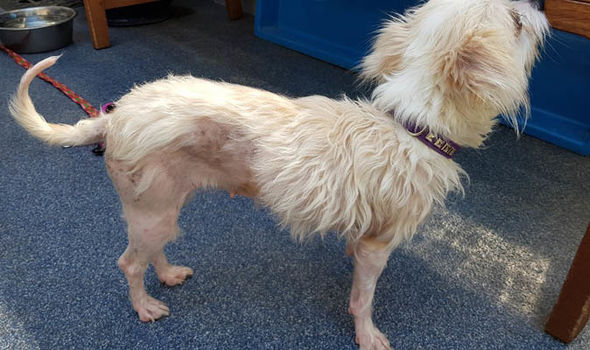 “She was thin and losing the fur on her rib cage, all the way down her back legs and her tail. There were scabs on her chest and tummy where the skin had become really sore and her front legs were pretty much bald.

“Although she was very timid, she seemed happy to be picked up. I could tell she was grateful to finally be safe and she knew we were here to help her.”

Fizz was discovered wandering in Roundwood Park, Brent, north west London, during a heatwave earlier this summer. She had no collar and was not microchipped, leaving the charity to fear she was deliberately abandoned.

Under Mayhew’s veterinary team, Fizz was given medicated baths and cream to sooth her sore skin as well as treatment to deal with ticks and fleas. 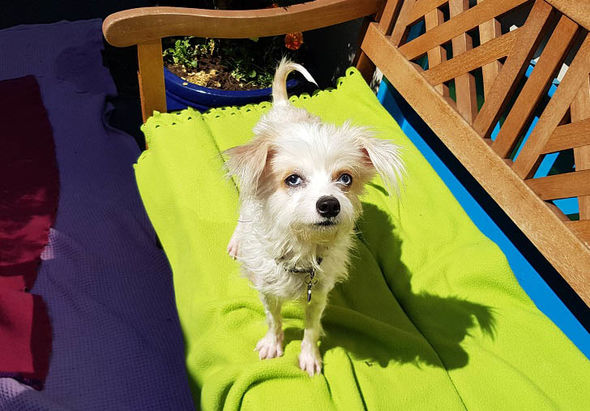 After a week with us, Fizz began to look a lot better,” added Ms Nobbs.

“She was gradually feeling more comfortable eating as she got to know us, her skin was healing nicely and her fur was starting to grow back.”

Now fully vaccinated and spayed, Fizz has already been selected for adoption and has a new home.