Melo has been caught using the DogLost trap.

Melo, an escaped Romanian rescue, missing from Madron, Penzance since 16th July, was captured on Saturday 29th July, after crossing several miles of fields, to end up near St Ives. She had been sighted on waste land & a trap was set. She was found in the trap by one of our volunteers Mary, the next morning. She is now recovering with her foster mum.

Here is a picture of her relaxing after being trapped. 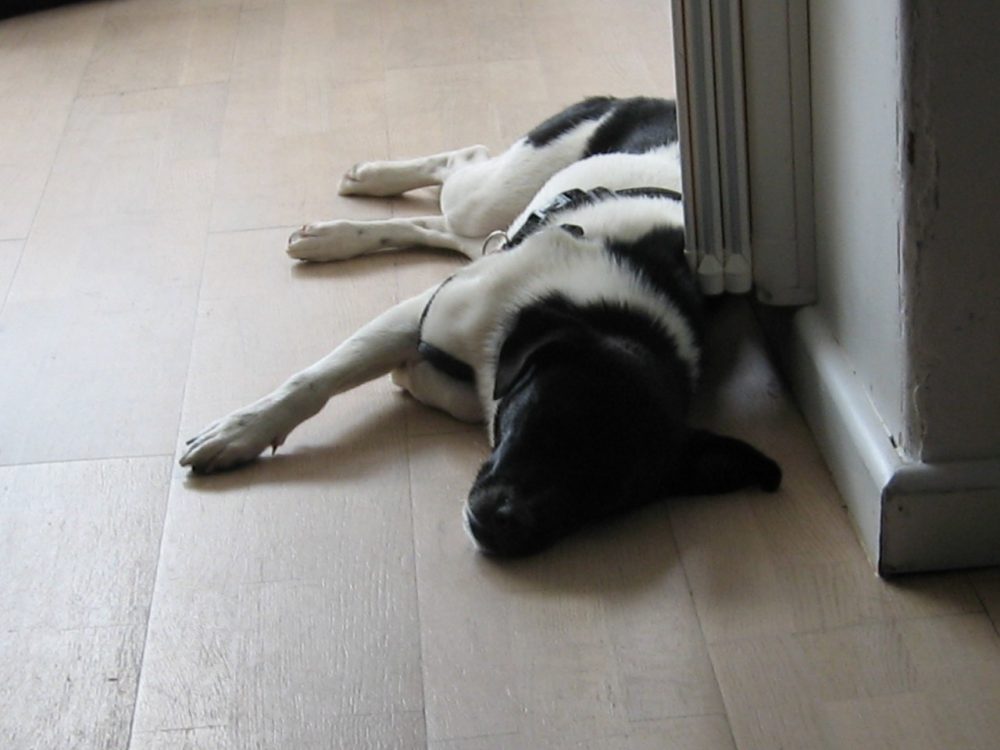 Our second success was Holly a Beagle, an epileptic dog who had been on the run for 3 weeks, with not many recent sightings. However on Sunday the 29th she was spotted several times in a field, containing a grumpy horse. She had been hiding in a large thicket of brambles & couldn’t be caught. Sadly the horse could not be moved, so we had to sight the trap on an adjacent piece of land. Thankfully she was spotted on Monday 30th, eating some previously left out food in the horse field. Her owners went straight down there & managed to coax her out with some ham 🙂 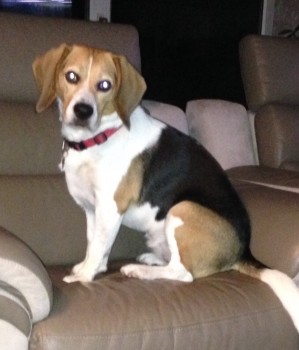