SHOCKED animal cruelty investigators say a skeletal dog suffered a terrifying ordeal tied to a fence in the freezing cold.

This frightened dog’s suffering was so horrendous bones could be seen protruding from his coat that had become covered in filth. How long the one year old pooch had been left to languish tethered to the metal fence is unknown. Yet somehow, for all the misery endured, he remains a friendly, loving pet.

The RSPCA today released a series of photographs highlighting how the emaciated Rottweiler-type dog had been neglected.

Luckily, he was spotted by an animal lover near the Tingdene Marina in Titton, Stourport-on-Severn, last weekend and who cared for him until help arrived. 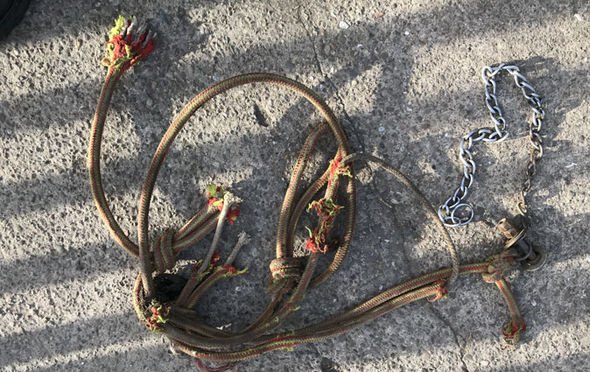 He said: “He was in a disgusting state of neglect. He was grossly underweight and the prolonged lack of food has probably contributed to the horrendous diarrhoea problem he was suffering from.

“He was also very cold and looking at how the ground was flattened where he was tied up, I believe he had been left for some time in the freezing temperatures and in the dark before he was discovered. It must have been terrifying for him.

“But despite all he has been through, Mario is such a friendly dog with a lovely temperament. It’s remarkable how trusting animals can be, even after having been subjected to such deliberate cruelty.” 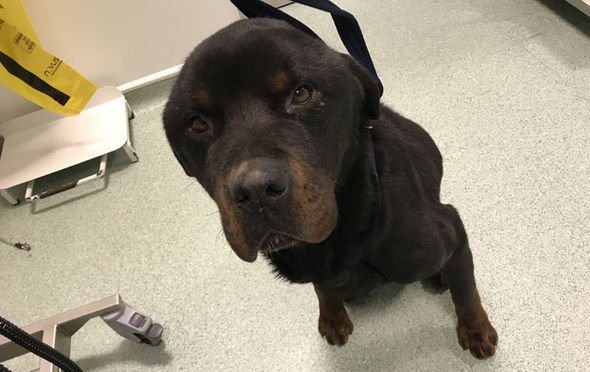 Besides being smelly from a soiled coat, Mario was also suffering from muscle wastage to his hind legs, affecting his ability to walk. The rope and chain used to keep him tied to the fence also showed signs that he had been tethered for some time as temperatures plunged to their lowest this winter.

Already Mario, who was not fitted with a microchip as required by law, is making a good recovery after undergoing emergency veterinary treatment and then being welcomed into RSPCA care.

Inspector Lasserre added: “I am pleased to say the dedicated RSPCA veterinary team has now got his diarrhoea under control and he has started slowly gaining weight. It will take a lot of time and gentle care before he is ready to find his new home and he will be monitored during that time.

“There is never any excuse to dump animals like rubbish and treat them so cruelly. There are plenty of animal charities in the UK ready to offer help.”