By Jayne / News, Reunited Dog Stories / 1 Comment / 18th July 2019
Thank you area co-ordinator Katie fox for letting us know what happened…
Foxy the Chihauhau pup of 12weeks old was on her first adventure, on Sunday afternoon, with her siblings and parents on a group wander in the quiet backwater paths of Longleat estate Wiltshire.
On the middle of their planned circuit walk another walker with two bigger loose dogs turned onto their path and the little pack scurried until the walkers had cleared. On drawing all 8 little dogs in one was missing.
Heidi, her owner, and friend stayed a good while then started calling and walking back but little foxy had not responded and was nowhere to be seen or heard.  I attended later that afternoon/evening and was shown by owner the route and lost point and stayed all night listening and gently calling with Katie miluk) another Wiltshire helper – sadly nothing.
We placed water stations a cat food trap and used red torches to check under hedges and kept visual for the next 48 hrs.
So little one was found at 11pm Tuesday night about 20ft off a main path deep in the ferns/nettles brambles. It was a clamber over dead branches and a nightmare underfoot (and for the fool who turned up in shorts and crocs

🤠 )
we moved north of lost grid to stand in open space and listen at dusk. Charlotte- mummy chi, was happy to bark out and we were pretty sure we were hearing a small bark intermittently so started to walk towards area. Once stood quiet again it was like ‘omg that’s her, quick let’s walk to another path!’ All went quiet for 15 mins as we settled against a tree at a junction of tracks that was on foxys original Sunday walk. Then suddenly we hear her and she’s close. I think she had been listening to make sure she recognised mum and mummy. Heidi set out into the foliage with siblings under arms and mummy dog Charlotte and daddy joey clambering behind.
Little foxy was barking out fully and crying.
I followed in once Heidi had settled and took the babies to hand to lily and gave her the red torch to look deeper into the greenery. She sounded only a meter or so away but it was a wall of stalks stems and twigs that Heidi had to snap away.
Charlotte pushed into the space and little foxy was coaxed out by her mama and thats when I filmed the above.
We still had to all get all of us 20 ft back to the path. Brambles stingers and whippy ferns, but hey who feels pain when the prize has been found.

Welcome home Foxy. I think you earned a Bear Grylls camp out badge for sure – we did 🦊 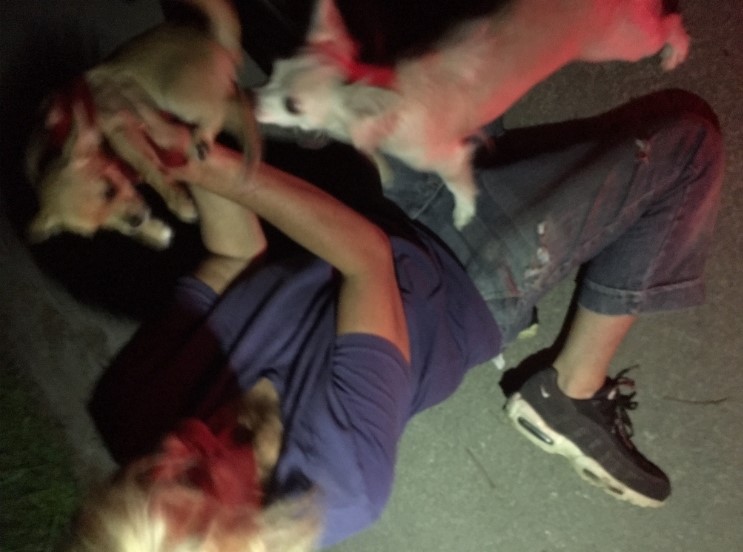 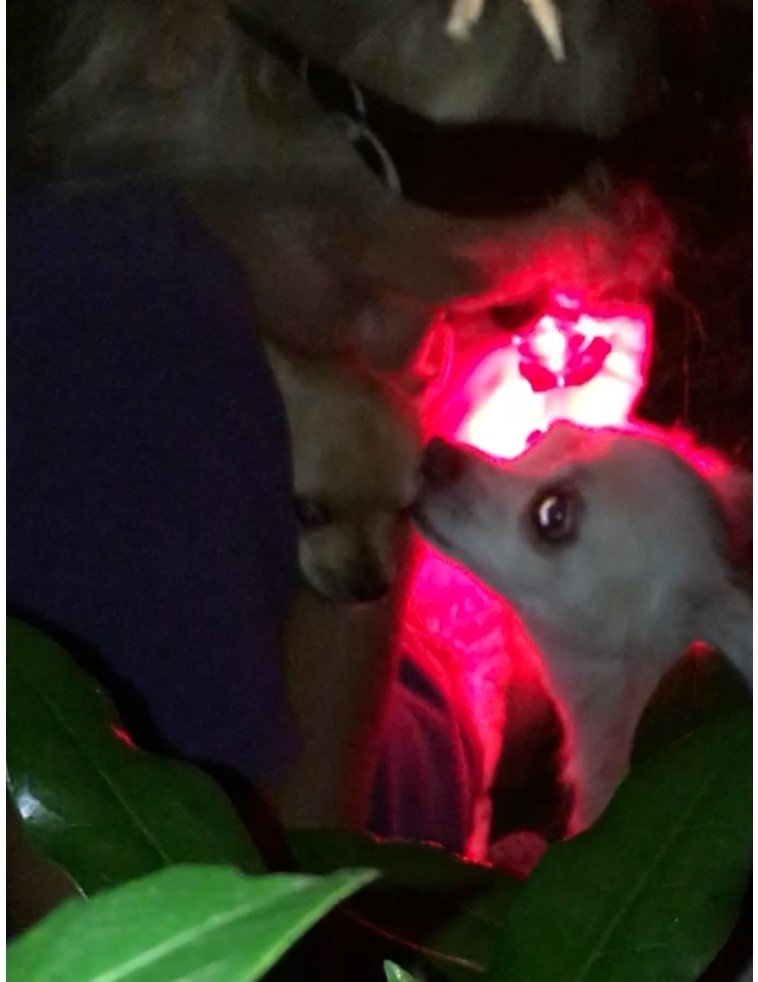 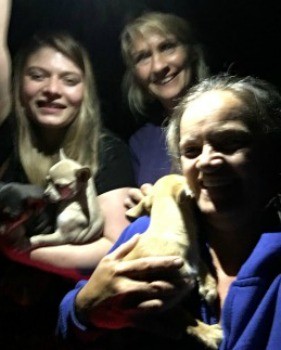