The Kennel Club has placed Scotties on its ‘at-risk’ register, after an all-time low of just 438 puppies were registered last year. In the 1950s, it was one of the most popular dogs in Britain, with thousands registered every year.

Kennel Club secretary Caroline Kisko blamed a lack of celebrity owners for its sharp decline in popularity. ‘Breeds like the Scottie are simply being forgotten,’ she warned.

‘If a breed doesn’t have a high-profile owner, it can be hard to get recognition from new puppy buyers. And these days there is no celebrity champion of the Scottie.’

That wasn’t always the case. The breed has been loved by three US Presidents – George W. Bush, Dwight Eisenhower and Franklin D. Roosevelt – and one First Lady, Jackie Kennedy. 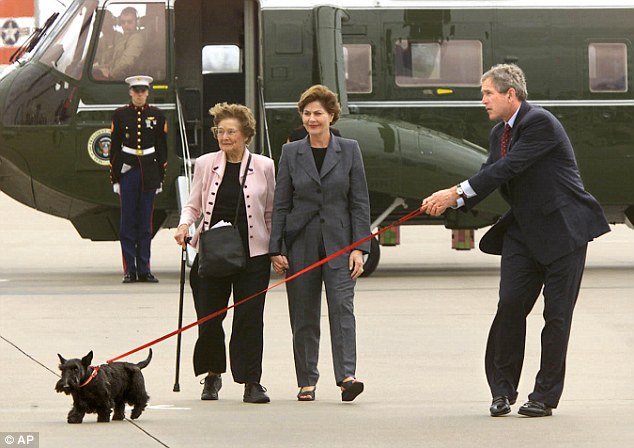 Scotties were first recorded in Britain in the 16th Century, when they were used on Highland farms to hunt rats, foxes and badgers. They later became established as family pets.

Stuart Plane, from Seaham, County Durham, who has bred Scotties for more than 40 years, said: ‘They are loveable, loyal and trustworthy. They’ll go anywhere you want, walk in the hills or on a road, and travel well in a car or on a boat. They are definitely not lapdogs and they don’t like being nursed and held all the time.

‘They make good guard dogs because they have an impressive bark and big teeth but they don’t bite and are great with children.’

Til Tovey, secretary the Scottish Terrier Club of England, added: ‘It would be very sad if we no longer see this historic and much-loved breed in our streets and parks in a few generations’ time. Scotties are brimming with personality but can sometimes be a little stubborn.’

The Kennel Club’s annual ‘at-risk’ list – released ahead of the Crufts dog show at the Birmingham NEC next month – also makes grim reading for lovers of other less popular breeds. 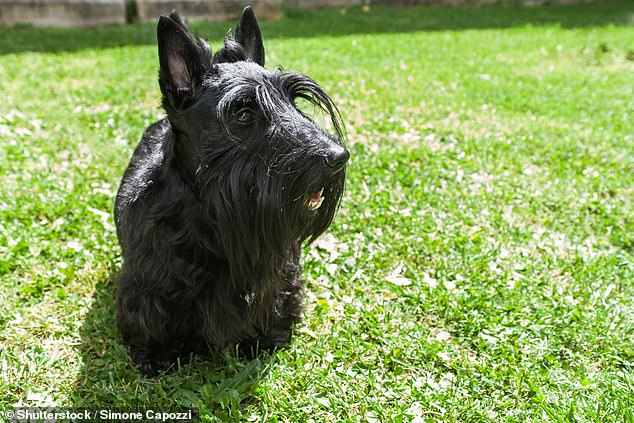 The Irish red and white setter has long been on the list – and with just 51 puppies registered last year, experts fear the breed is dying out. The once-familiar Old English sheepdog is also under threat.

Other endangered breeds include the soft-coated wheaten terrier, the parson russell terrier, the bullmastiff, the otterhound, the Sussex spaniel, the Skye terrier and the curly-coated retriever.

Mrs Kisko said: ‘We could lose even more of our most historic dog breeds if people don’t look beyond the most obvious choices and start to explore the huge diversity of breeds that we’re lucky enough to have in this country.’