A dog with terminal cancer is well on his way to completing an epic bucket list of things to do before he dies – thanks to a little help from his family.

Mr Molson, a 12-year-old Golden Retriever, has embarked on a roller-coaster journey in recent weeks by flying a helicopter, riding in a police car and even getting married.

Owner Tim Griffin decided to create the long list of fun activities for his furry companion shortly after he was diagnosed.

Ever since Mr Molson has been living every day like its his last, coaching sports teams, posing for family portraits, going sailing, drinking a beer and being president for the day.

Mr Griffin, 36, and his children, Elliot, eight, and Chloe, 10, now hope the memories are ones that will last with them for ever. 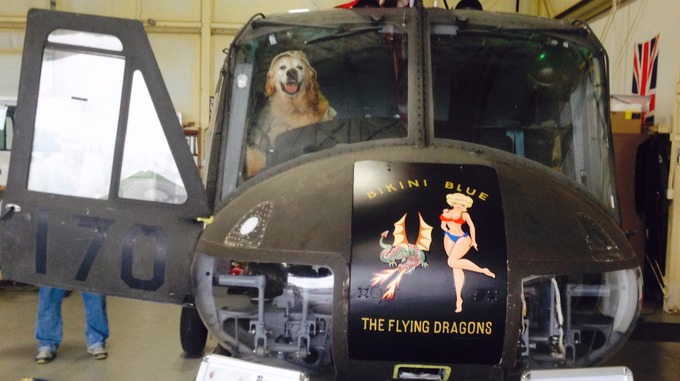 “He has been with me his entire life and after 12 years it’s hard to imagine life without him,” Mr Griffin, of Pennsylvania, USA, wrote.

“But he was diagnosed with cancer in March 2017 and the cold hard reality of pet ownership hit me.