×
Home / The PawPost / Doglost appeal by Paw post – Can you help find Albi, Willow and Tilly?

Doglost appeal by Paw post – Can you help find Albi, Willow and Tilly?

But it’s a sad reality that every day pets go missing and every week 60 dogs are stolen according to research from Keele University.

It’s why I’ve teamed up with doglost.co.uk to help trace people’s treasured pets.

Every month I will be sharing appeals for missing dogs in the hope that they find their way home.

Today, the owners of Albi, Willow and Tilly share their heartbreaking stories. 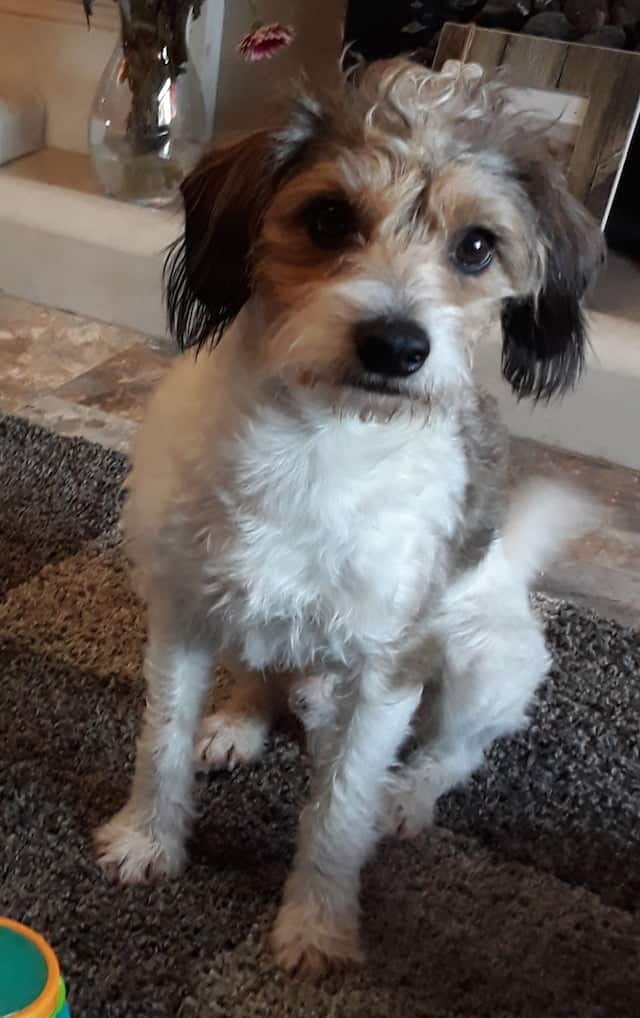 Albi, is a young terrier Poodle cross and went missing while on a walk near his home in Whitfield, Kent on October 5th 2018.

He was spooked after a large German Shepherd ran at him, dashed into a housing estate and hasn’t been seen since.

Owners Sharon and Carl and their children started searching and launched a social media appeal and put unwashed clothing out so he would pick up their scent.

Described as energetic, playful and loving, Albi was spotted in a housing estate the day he vanished and in a wooded area and there have been two other potential sightings.

Professional K9 tracker Jenny Brown brought her dogs Tiga and Yogi in a bid to find him and traced him to a disused railway line but then the scent disappeared.

Sharon said:  “I can’t describe the hell we are going through, we are literally broken.

“None of us have had a full night’s sleep since that day and Albi is on my mind 24/7.

“I’ve slept downstairs near the front door, just in case he finds his way back to us and scratches on the door.

“Our lives are on permanent hold – we’ve held off on our house exchange and cancelled holidays as all we want is him home. Nothing else matters.” His family and police fear he’s been found and kept

Sharon added: “If you have him, don’t think we don’t love him because we do, don’t think he is unwanted because that’s absolutely not the case.

“Please do the right thing and end our suffering, bring him home, take him to any vets, call the dog warden or DogLost – whatever it takes to bring him back to me or if you know what happened to him, please tell us as the not knowing is excruciating”

Albi is microchipped and neutered so he can’t be used for breeding.

Willow is a young Sprocker – a Springer and Cocker Spaniel Cross – and went missing from her garden in Homer, Shropshire on September 17th.

She was playing with her Romanian rescue sister – her family have asked we don’t give her name as they are scared she may be targeted.

Willow simply vanished – half the village joined in the search the day she went missing.

Her family are convinced she didn’t just run off and fear she may have been stolen.

They set up a Facebook page, put out clothing and even cooked sausages in their garden every day for two weeks to attract her.

Owner Freya Woodhall and her local police think she was either stolen or found and kept. She is spayed and microchipped.

Freya said: “Willow was my shadow, my buddy, she went everywhere with me and I am lost without her.

“Her bed is in the same place as it was with her blanket on top. I turn to fuss her and she’s not there. I feel overwhelmingly helpless.” Heartbroken Freya also had to comfort her children who wished for Santa to bring her home.

She said: “How do you explain to your children that Santa can’t grant them that?

“I will never give up searching for Willow, she’s part of this family and should be home with us.”

Tibetan Terrier Tilly is another young dog and went missing while on a walk near her home in Long Hanborough, Oxfordshire on 15th September.

Owner Victoria Calcutt says she was approached by a group of eight dogs which were off lead.

One of them rolled Tilly over and the frightened dog ran off from Daggers Hill field onto a main road.

Drivers tried to catch her and she was next seen nearly four miles away in North Leigh.

Frantic Victoria called in pet detective Jenny Brown who brought her tracking dogs Tiga and Yogi to help and traced her scent to a garden.

Despite three searches with Jenny, and a huge social media campaign she’s not been seen and Victoria fears she has been found and kept.

She said: “It’s like a nightmare you can’t wake up from. Tilly is part of the family and I can’t tell you how much we miss and worry about her every day.

“We get calls and photos of potential matches and we can’t help but let our hopes rise.

“When it’s not her we spend days trying to get our sanity and strength back to continue with our fight to get our girl back. We won’t give up.” Victoria wants to stress she is not a stray

Tilly is spayed and her microchip has been updated to show that she is missing and Victoria wants whoever who has her to realise she is a treasured pet.

She said: “If someone found her and thought she was a stray, I want them to know she isn’t. She is so missed and we need her home.”

To find out more about Doglost and the work they do, you can read Why Jayne Hayes set up Doglost.co.uk to find missing pets.