This poor South Korean pup was found in a trash can behind a meat farm with her legs bound tightly, after she was abandoned for not being considered good enough to eat. The flesh in her legs was necrotising, and unfortunately none could be saved and she had to have a quadruple amputation. Chi Chi was rescued and given prosthetics in South Korea, but they didn’t fit, so when she went to her forever home in America her new owners saved up thousands of dollars to get her comfortable ones. 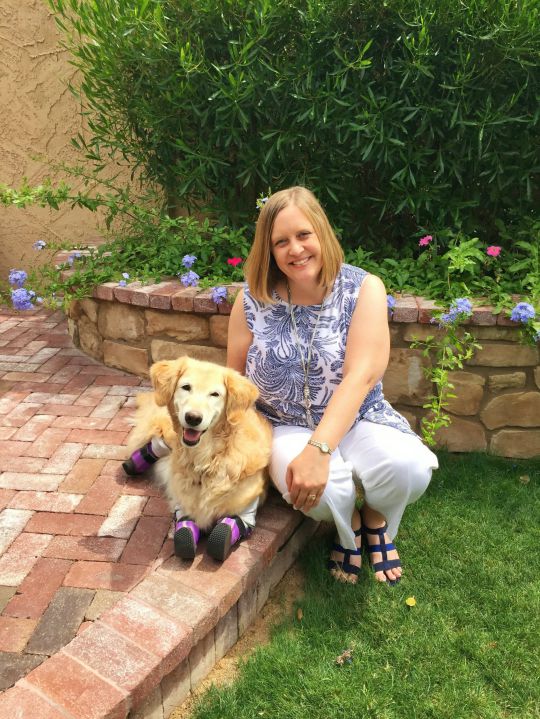 Her story has clearly touched the nation, as Chi Chi is now up for a bravery award. Owner Elizabeth Howell, 46, had started an Instagram to document Chi’s recovery and life, and a follower took notice, nominating her for the American Humane Society’s annual Hero Dog Awards. The incredible Golden Retriever has now reached the final, and is hoping to take the crown at the ceremony on 29 September