A man was ‘minutes from death’ after sinking into a field of stinking manure while out walking his dog. Brian Marshall, 75, had to be rescued by fire crews after ending up in slurry up to his neck on Sunday in rural Bedfordshire. It was later revealed that had he not been seen by a passerby, he would almost certainly have died because farmers will not be working in the area for another few months. 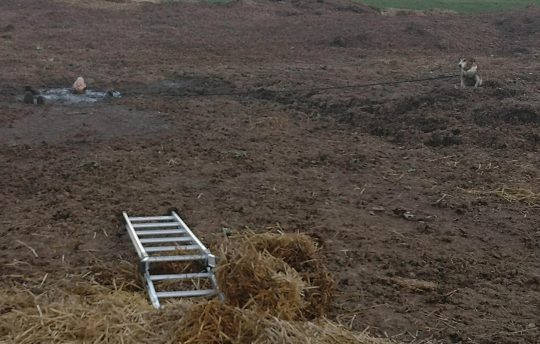 Brian, who lives a few minutes away from the scene, was walking his two Jack Russells, Bella and Archie. Bella, 16, managed to get stuck in the manure and it was while freeing her that Brian himself got stuck and began to sink into the slurry. A remarkable picture of the scene shows Brian stuck on his back but still holding on to Bella by an extendable lead. 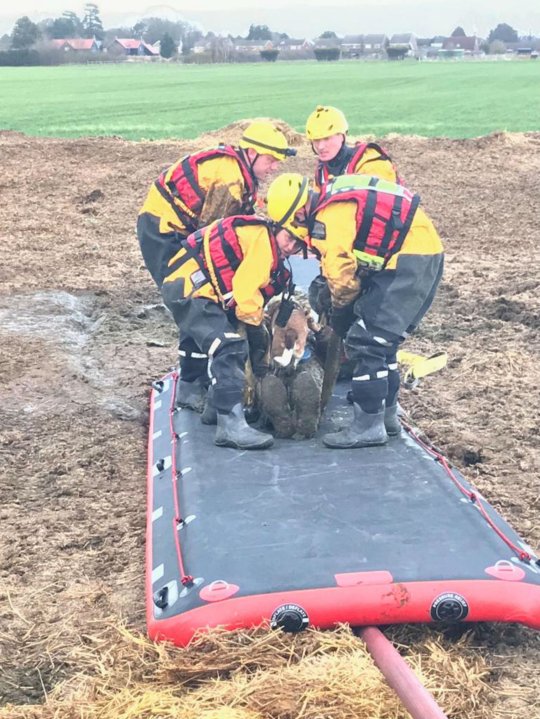 He said: ‘I’m grateful to be alive. I gave up trying to get out. I lost my phone in there so couldn’t use it and I’d have gone if [Matt Hollick] did not hear me. ‘I was completely and utterly locked in place and slipping away but he kept talking to me all the time. ‘The emergency services were also amazing and I’ve seen the best of life. I’m a bloody fool.’ Brian revealed that this was not his first brush with death. He said: ‘In 1971, I was hit by a car being chased by the police and I had serious injuries but I rate this one as nearer death than that.