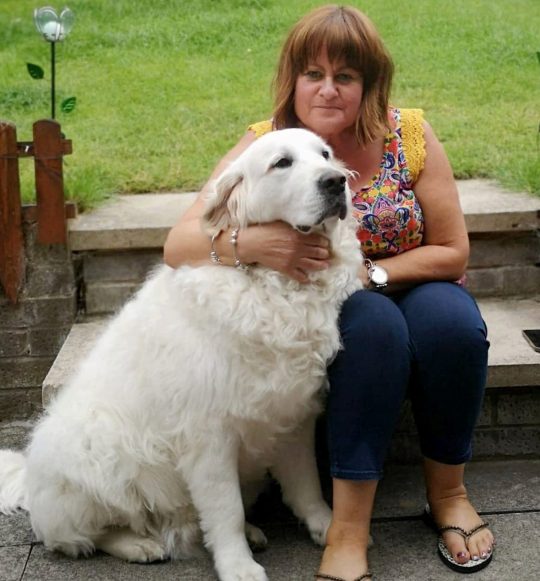 The retired caterer, from Leeds, said: ‘I was chatting on my mobile when I noticed that Lucas was carrying an object in his mouth.