×
Home / News / Dog travels 3,000 miles to reunite with soldier who saved her life

Dog travels 3,000 miles to reunite with soldier who saved her life

Sean and Barrie have a pretty special bond. Sean Laidlaw, 30, met Barrie when he was stationed in Syria as a private contractor leading a bomb disposal team. He found Barrie – have we mentioned Barrie is a dog? – whimpering and surrounded by rubble after a building had exploded around her. Sean brought Barrie food and water, and sectioned off the area so it would be safe from further bombs. At first the puppy rejected any strokes and contact, but after three days she warmed to the soldier. They quickly became inseparable. Over the three months Sean spent in Syria, Barrie became a source of support and comfort. He made the dog a harness from a bullet-proof vest so she could join him on jobs in Raqqa, and gave her a teddy bear made out of old jeans. ‘I think as soon as Barrie and I bonded, where I could pick her up, for me she’d already become my dog,’ says Sean. 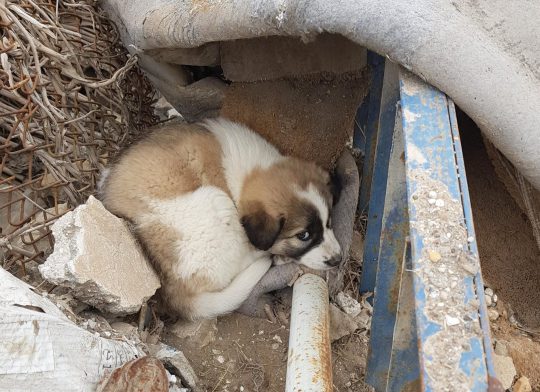